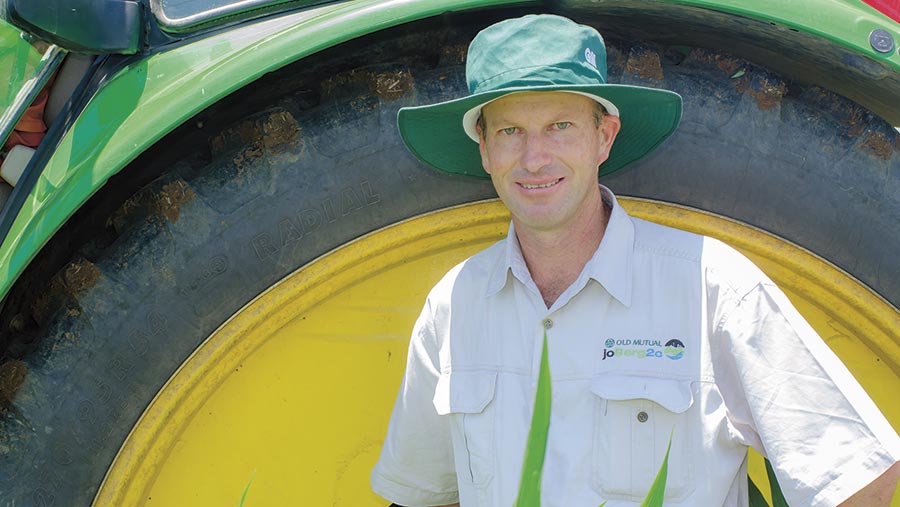 Last year I bought a farm. I managed to secure a good rate from the bank (10.25%) to help me finance it. If you think that sounds high, I must tell you it was unexpectedly reduced last month by 0.25 of a percentage point.

The South African Reserve Bank (SARB) has a mandate to keep consumer price inflation (CPI) between 3% and 6%. Our CPI has recently dipped below that 6% mark, so the SARB dropped its bank rate by 25 basis points (0.25%).

I mention all these statistics as an illustration of what it is like to live in an emerging economy. Most developed economies are desperate to get some inflation into the system – we are desperate to keep inflation under control.

The price of land in South Africa may seem cheap relative to the UK, but we have our own unique set of challenges. We have high interest rates and receive no subsidy from the state.

It sometimes feels as if the government would rather we just didn’t exist, despite the “small” role we play to feed the nation. Our president has publicly said he would like change the law so he can expropriate all land without compensation.

While it may sound as if I am moaning about farming in South Africa, I am not. I enjoy it here and life is good. I am just illustrating that farming around the world has its challenges.

In the wake of Brexit some inflation has crept into the UK economy, which is actually a good thing.  Especially as the Bank of England’s lending rate is down to 0.25% – basically zero.

One thing I have learned to do to stay sane in Africa is to tune out all the political noise and focus on what I do best, which is to be an efficient farmer.

That is the best advise I can give to British farmers, tune out the noise, concentrate on what you do best and know that life is good.