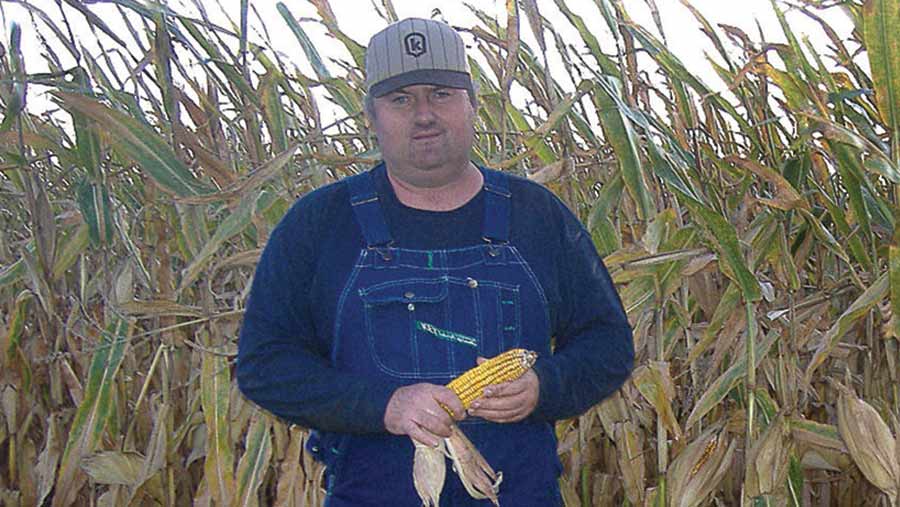 I’ve come to the conclusion the very best thing for professional agriculture is ordinary people trying to grow their own food.

My grandparents’ generation grew most of their own food, my maternal grandparents lived in town and still had a dairy cow, chickens and a huge garden.

Grandma canned everything under the sun. My parents’ generation got away from that, my mother couldn’t can to save her life.

My generation started to dabble with grow your own food, and the generation below mine seems quite enthusiastic about it.

My wife Amy and I started with a vegetable garden right after we got married 10 years ago. How hard could it be? Of course, we wanted no chemical pesticides or fertiliser, so right off the bat I hauled a large load of manure into the garden.

I don’t know how it works in the UK, but in Kansas when you haul in manure, you haul in weed seed. For the past 10 years we’ve battled weeds non-stop in the garden, plus bugs, blight, and pests such as racoons eating our sweetcorn, not to mention the concrete truck running over my one watermelon a few summers ago when we built our storm shelter.

Every spring we start gardening with enthusiasm, only to have our prospects dwindle all summer until we harvest a pathetic little pile of vegetables, enough to feed the family for about two weeks.

Our next bad idea was raising chickens – we blundered into that in 2012. Amy reckoned we only needed four or five to supply our needs, I declared there was no way I was going to mess with five chickens, instead we’d get 30 hens and sell eggs.

After spending days constructing what I believed were predator-proof pens, we purchased chicks and began the long wait for eggs.

Little did I know in rural Kansas every other person has eggs for sale, and my initial price of $2 a dozen (it probably costs $6 to raise them) was immediately undercut by a neighbour, who would sell them for $1 and deliver them.

The truth of the matter is, there is nothing easy about raising your own food. The more members of the public that learn that, the better off farmers will be.