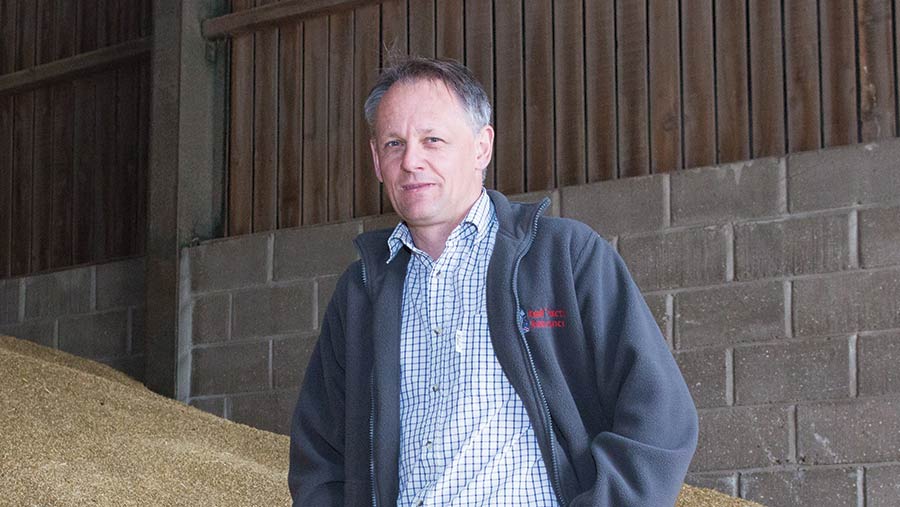 That’s Cereals over for another year – was it my imagination or was it a lot smaller and not as well attended?

Now that it is done, it’s time to focus on getting the grain stores ready. It won’t be long until we get into the earliest winter barley here at Euston, with the less-mature crop about two weeks behind.

The greatest shame is that as a result of the earlier drought, the two crops are in the same fields. The question is, do you wait for the green to come right or take the most ripe just before it starts to shed?

As always, I suppose the classic agricultural compromise will come into its own.

Thankfully, the recent rain seemed to have arrived in time to ensure the wheat isn’t showing the same effect, although the lack of water certainly thinned the tiller count. No doubt there will be a resulting yield penalty.

Sugar beet on the light land looks tremendous and most of the crop on the heavier ground has now actually germinated and can been seen in the rows. Let us hope the factory is going to stay open long enough to get a crop out of that.

Another thing that is over is, of course, the general election. The question is whether that’s it for another five years or if it will come round again this time next year, just like the Cereals event.

I do hope we can have a period of stability for the full five-year term. Having a Defra minister for a period longer than a year would also be quite useful.

Now that we have endured so much politicking, it’s our turn. Let’s put pressure on those who have been chosen to represent our best interests, and please don’t be afraid or embarrassed to remind them that we have been supported for good reason.

Cheap food doesn’t grow on trees – well, certainly not the ones in the UK, anyway.

One argument could be that we should buy cheap food from around the world, exploiting their resources. Let them undermine their aquifers, destroy their environment and run their soils into the sea.

In the meantime, we put UK farming on hold, just waiting for the day when there isn’t any cheap food left. Now wouldn’t that be a foolish tactic to employ?

Surely, we can’t forget what happened only 10 years ago, when world stocks ran a bit short and the price reacted accordingly.