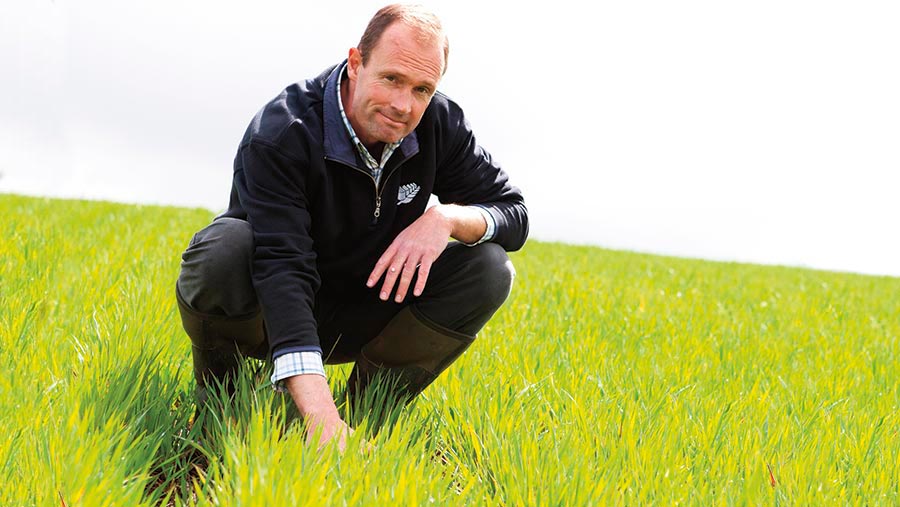 The July to April rainfall here for the previous 10 years averages 685mm – this season it amounts to a mere 385mm.

However, every non-existent cloud has a silver lining, and it has allowed us to avoid applying a T1.5 and has also for the flag leaf spray to be not too expensive, relatively.

Spring crop-wise, rain is going to do far more good than anything I can do and some remain with nitrogen as their only input so far.

Spring barley and beans have got away best and crops with starter fertilisers in the row with a disc drill look the same as a tine with no starter, although I have a suspicion that the starter helps when it goes in standing cover crops.

Pleasingly, there was no noching at all on the beans, thus avoiding an awkward discussion with my agronomist given my general avoidance of foliar insecticides.

Don’t tell him, but I don’t want to apply a bruchid spray either. We didn’t last year and our beans didn’t seem any worse than many that were sprayed.

The PGRO work on bruchid beetles also suggests a much-reduced risk from later plantings which ours were – sort of.

Still, good luck producing beans with no plant protection products at all in order to qualify as an ecological focus area next year.

In the earlier drilled wheat, which had hybrid barley two years previously, there is a liberal spattering of barley volunteers, but in a similar field where drilling was delayed for three weeks there significantly fewer.

This is despite the wished for greening up not occurring in this later field due to the extreme dryness and the earlier field having a lower disturbance disc drill and less space between rows.

So, is there a lot more seed than we think just dying on the surface in adverse conditions?

I know lower disturbance can help, but on some of our lighter soils or where low tillage for many years has led to a natural friable surface, the grass weeds do just germinate with some rain, even if not disturbed, especially if there is light getting down to the soil.