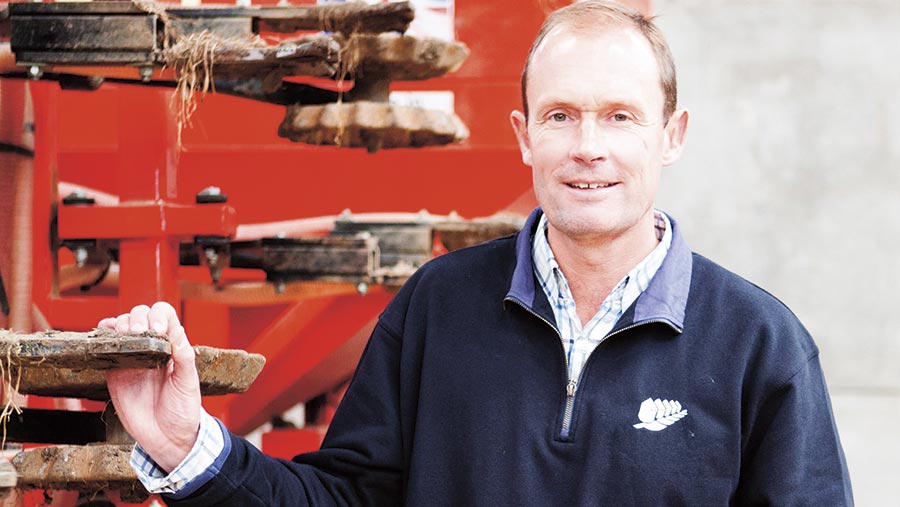 Happily, we’ve completed our spring drilling as it’s the largest amount I’ve attempted. We managed it thanks to a dry spell, which was great for a couple of weeks, but is now rather annoying.

For many years the majority of our cover crops have been grazed, but where we’ve experimented without grazing and left the glyphosate until just after drilling there is some lovely moisture.

Not so good in a wet spring I know, but I did want to try leaving a living plant in the soil for as long as possible to keep the soil biology working and see if a mulch might help against weeds.

We have used our own disc and tine drills again and a demo disc followed by tine. Frankly there are pros and cons with all options and, in line with much of my fiddling about, a recent 17-year study in Australia on disc vs tine direct drilling has found no real difference in yields, margins, weeds or organic matter.

The South Americans always tout disc openers as the holy grail but, as in Australia, they have very different conditions to us.

Unfortunately, some of my other experiments with biological products have fallen by the wayside due to overcomplicating.

In France some simply add sugar to fungicide applications, which apparently helps a lot in drought. We are contenting ourselves with molasses with liquid fertiliser to feed the microbes and hence convert the nitrogen more efficiently.

We have some leaf 2s peeking out on the wheats about two weeks earlier than usual. We didn’t use any fungicide at T0 and crops remain pretty clean in the dry.

Another recent study, this time in Ireland, has found no benefit from applying T0s. If that’s the case in the shamrock rainforests, what value have they on the arid steppes of Kent?

However, my concern now is that if we do time the T1 by leaf emergence, and then the flag leaf comes out as normal, we will have such a long gap it will take a huge effort to paddle free of the whirlpool of expenditure that is T1.5s.