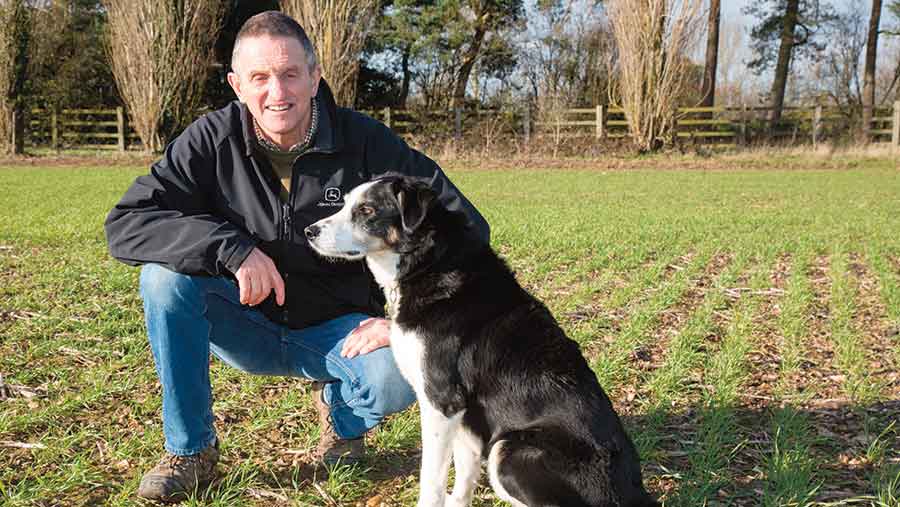 Drilling, just like the wheat harvest, has fortunately been fairly straightforward.

At the Henley Show on 10 September I was carted away in an ambulance after collapsing in the showground with a severe case of vertigo.

Before you ask, I hadn’t had a drop to drink, as I’m usually far too busy rushing around for that.

After three days in hospital and loads of tests and scans, it turns out a virus has taken out the balance function of my right inner ear.

So no driving of heavy plant machinery. In fact, I had trouble walking to start with and have only recently started to drive the car around the farm.

It is a case of recalibrating the brain to control my balance, which seems to be a slow process. However, I am on the mend and can still run the farm and walk the crops.

The main problem was that I usually undertake all the spraying at this time of year, with our only other spray operator on the drill.

Luckily we have managed to keep our harvest worker for a few extra weeks. He was standing in for one of our tractor drivers, who was recovering from a major operation during harvest.

So there has been much swapping of tractors and jobs, but we got there in the end. The moral of the story is that we are all operating with the minimum of staff and just hoping we don’t get a human breakdown.

This is only likely to get worse due to financial constraints and a lack of skilled labour who can be called upon to just jump onto the increasingly sophisticated machinery.

Following on from last month, the difference between the direct-drilled oilseed rape and the min-tilled part of the field is now starting to be more obvious in the regular aerial photos we are taking.

However, across all the rape on the farm, the biggest differences are still down to soil type, compounded by flea beetles attacking the smaller plants.

We have probably lost about 10%, which is a shame as oilseed rape is now worth much more.