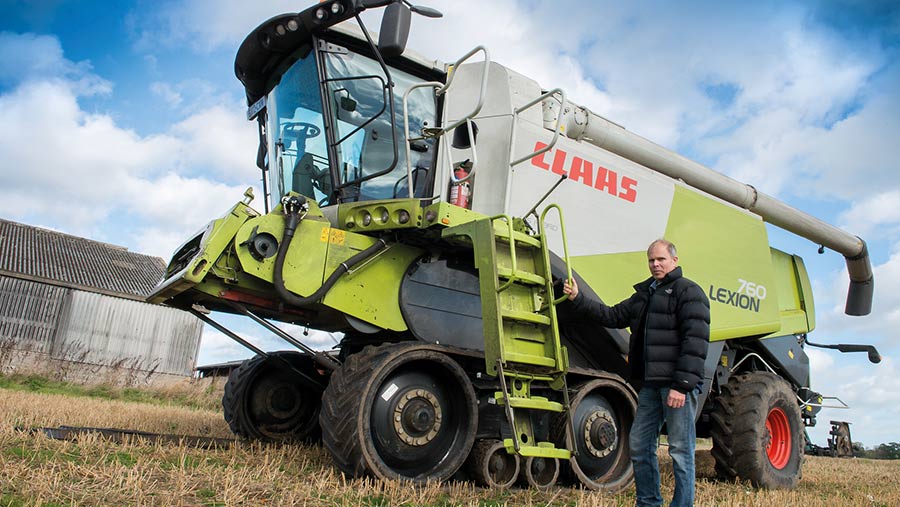 The good conditions allowed us to see the potential of the combine, with more than 53ha of barley cut on our best day. Spring barley has yielded very well, with generally good quality, and is now slowly moving away to the malting stores.

Wheat has recovered amazingly from the spring drought, showing the benefit of sunshine during the grain-filling period, with specific weight up from about 71kg/hl last year to about 79kg/hl. With the damper fields producing near-record yields, the average will be good.

We often hear how agriculture is inefficient and that we must keep improving to survive. Having had Openreach contractors installing broadband ducting on our farm drive this week I am staggered at the contrast in efficiency in our two sectors.

It started with me having to put the contractors in touch with the traffic light company, as they were each parked up half a mile apart waiting on one another.

Traffic lights were duly set up, only for the digger to start at the other end of the drive.

The traffic lights were put up and taken down each day for six days, even though they were actually only needed on two of those days –  and they were not even consecutive days, as someone in an office miles away, tasked with ordering infill for the trench, had not ordered enough.

In the time it took four people to install 220m of duct, eight people on the farm harvested 283ha and dried the grain, cultivated, drilled and rolled 162ha, ploughed, sprayed, loaded 40 loads of grain, unloaded seed and fertiliser, walked crops, did some admin and even had a day off, courtesy of some well-timed Saturday night rain.

I have no issue with the staff involved, or the standard of their work, but their system needs to give them some motivation to get on, work in a co-ordinated manner and allow the people doing the job to organise their materials so that a delay in getting £50 of stone does not cost £1,000 in wasted time.

It’s little wonder that infrastructure projects take so long and cost so much.