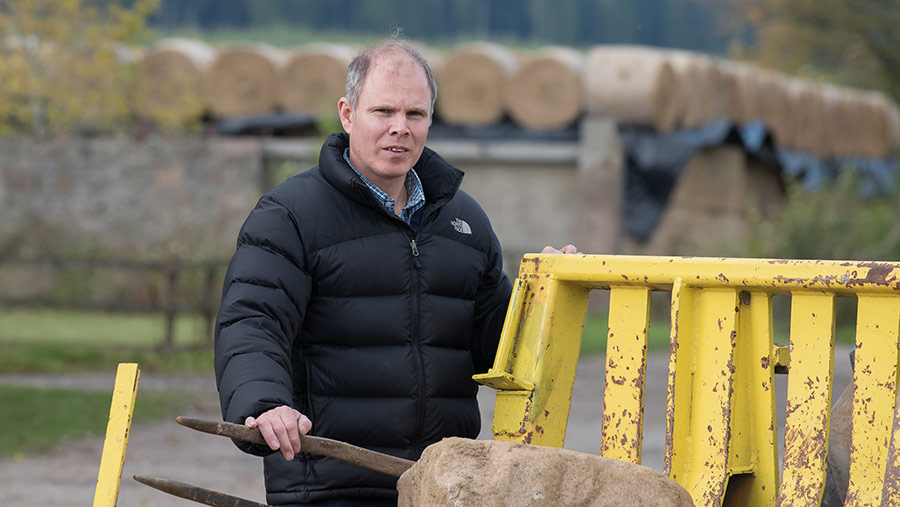 February has been a reminder of what winter can be like, with temperatures here plummeting to -17C and several days of snow.  This eventually built up to around 8in of dry snow which continued to prevent any ploughing, but was not causing much of a problem.

However, this changed when the snow stopped falling and started to blow, with drifts filling in roads 4-5ft deep locally and more than 15ft deep on higher routes.

See also: How to get to grips with brown rust in wheat

People out in trainers and no coats, just to see how bad it was; BMW drivers putting salt down for the front wheels of their rear-wheel-drive cars; missing towing eyes; a man at the door at 10.30pm whose car was stuck on a forest track, are all examples.

All during a time when we are supposed to be in lockdown and not going out without good reason!

Again, farmers have risen to the challenge and are clearing roads and helping people out for little more than a thank you.

The snow has boosted the rainfall since the end of September to 570mm.  Looking back to last year, it took until the middle of July to get to that total from the same starting point – it is little wonder that the ground is wet!

We have managed to repair many drains, which is very satisfying to see, but no further ploughing has been done. With spring barley seed now being delivered, it is starting to feel like we are behind with the work, and the pressure will be on when it does dry up.

Calving has progressed well, with more than 100 of our 145 cows now calved.

We have been having a frustrating number of calves that will not suckle without assistance. We are trying to find the cause for this through blood testing and feed analysis, as teaching calves to feed is both time-consuming and a frustration for our stockman.