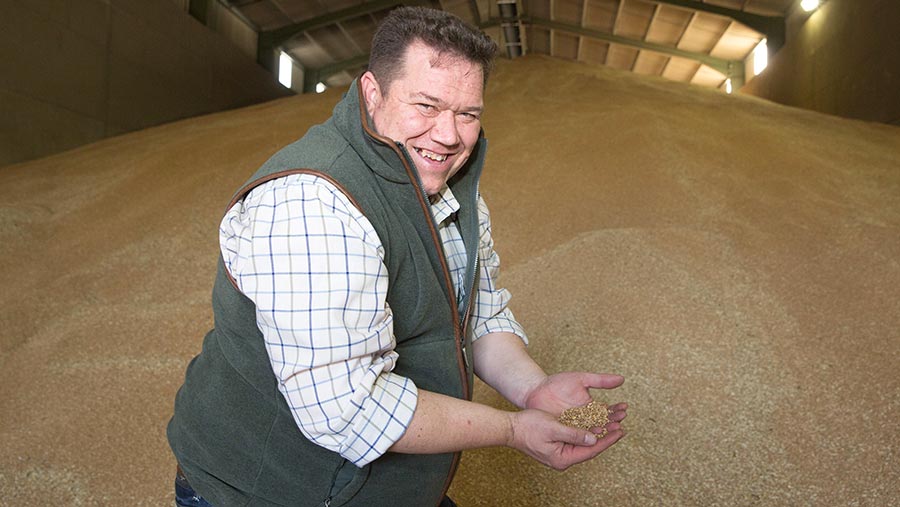 In April, I was cursing the fact we farm heavy land when we had numerous wet areas. However, today I’m grateful.

What a difference a few weeks can make. On light land locally the drought is starting to show, whereas here on the heavy stuff it still all looks OK, apart from the blackgrass patches. They’re getting smaller each year, but they still look unsightly.

I saw on Twitter around 3 July that some farmers in Norfolk are already combining barley.

I don’t even have my new combine yet, although I’m told its arrival is imminent. It’s always a bit nerve-racking until it is actually here. Luckily we’ve only recently desiccated, so there is plenty of time yet.

Old-crop wheat is starting to move out of store, having been sold at favourable prices. Just when I thought I might buy myself a second-hand Aston Martin with the extra money we’ve made, the fertiliser prices were released with a significant increase over last year. Oh well, the Aston will have to wait.

Over the past 25 years I’ve been fortunate enough to have been invited to some wonderful shooting days.

Often on such days I get to witness some amazing gundogs at work, a particular interest of mine. In fact, I’ve seen some pretty spectacular retrieves over the years. However, just when I thought I had seen it all, I witnessed something even more impressive.

During a recent stay with my sister in Cornwall we sat down on the first evening for a glass of fizz in the garden. The moment her hand went on the fridge door her black lab went nuts and took off to the boundary of the garden and sat like a coiled spring.

She had not only trained her lab to retrieve the cork, but to catch it as well. During the week the dog never missed one. I can’t even teach my dog Barley to retrieve a dummy yet – perhaps we ought to swap.