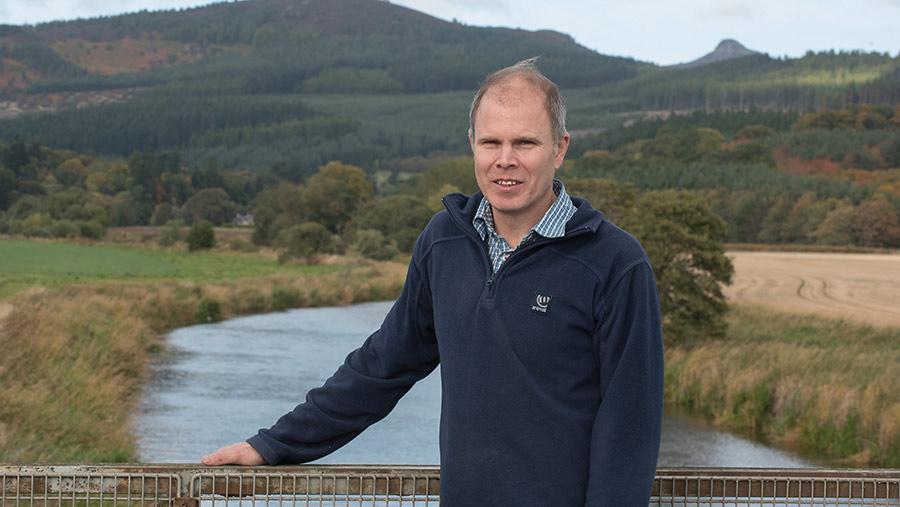 Our unsettled weather continued throughout July, with only six days without rain in the month. As a result, it became the first month of above-average rainfall since November, going some way to relieving the soil moisture deficit.

Winter barley harvest started on 24 July and, due to the showers, mostly came into store on the wrong side of 20% moisture. The dry spring has affected yields and increased variation across soil types.

Last year, with good growing conditions, two-row conventional varieties performed as well as or better than hybrids, but this year the hybrid varieties seem to have withstood drought stress better and will have more than justified the extra seed cost.

As a result, I shall be increasing the area of hybrid drilled this autumn, alongside some of the newer two-row varieties.

With the weather forecast for thunderstorms over the next few days I am pleased that we have cut all the oilseed rape that is ready. The remainder is a week away from harvest and they are pod shatter resistant varieties, so I hope they will withstand any rain that comes.

Flea beetle are again present in the crop coming into the store, and the threat to next year’s crop is going to need careful monitoring.

Later in the week we are having a demonstration of a sub-soiler drill, which I hope will offer the possibility of better establishment where soil conditions are suitable and leave stubble to help hide the newly established plants from flea beetles.

We have also made a start to spring barley harvest, with the first of the Golden Promise hopefully being collected this week.

The impact of the large UK barley crop along with coronavirus reductions in demand for malt will start to become clear over the next few weeks.

I hope that we have managed to produce a crop that meets all contract specifications, allowing customers to uplift it promptly during harvest and clearing sheds to allow harvest to progress.

The success of our year will soon be determined as crop quality, yield and price all become clear.