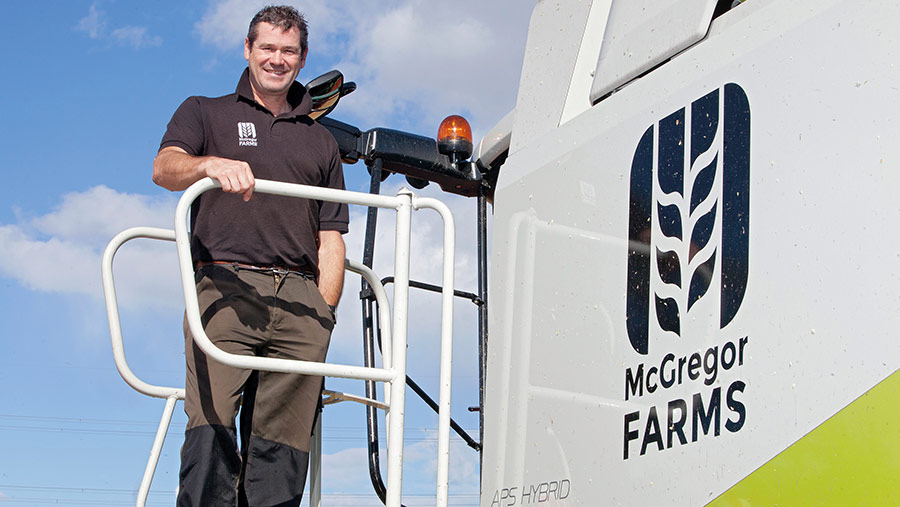 For my first Farmer Focus article I was going to try to keep clear from talking about the weather, but unfortunately this is going to be difficult to do in a season where weather patterns have had a huge impact on our farming activities.

As with the rest of the country, sowing ground to a halt in the final week of September, with only a handful of opportunities to sow autumn crops after the rain started. As a consequence only half our intended winter barley and 85% of winter wheat area was sown, some of the wheat in less than ideal conditions.

Oilseed rape fared better, with all the area sown and successfully established. The rainfall continued through the winter, only relenting mid-March. The following six weeks saw zero recorded rainfall, but plenty of sunshine. June and July saw a return to wet days, probably just in time.

Harvest started with winter barley on 20 July and with continuous weather interruptions wasn’t completed for a further 11 days. Yields on the whole were variable with the final outcome being 9% down on our five-year average.

The final day of winter barley harvest saw the arrival on the farm of a new Claas 8700 with a 12.3m Convio Flex header. What an awesome piece of kit!

The header alone has significantly improved output compared with our other two 770s with standard Vario headers, delivering crop evenly into the machine to process. Finally, Claas has produced a machine that lives up to the hype and price tag!

Oilseed rape harvest was again a drawn-out affair with 800ha of crop to harvest and the pressure was on. Thankfully, all is now safely stored.

This crop never ceases to amaze, with some fairly average looking areas yielding well above expectations. Final yields are averaging 1% above our rolling five-year average of 4.73 t/ha.

Now it’s time to get stuck into some wheat, but once again Mother Nature has intervened as we await the arrival of Storm Frances.

David Fuller manages 3,500ha of medium sandy clays for McGregor Farms based at Coldstream, on both sides of the border. Cropping includes wheat, spring barley, winter barley and oilseed rape, spring beans and vining peas. Potatoes are farmed in collaboration with Greenvale AP