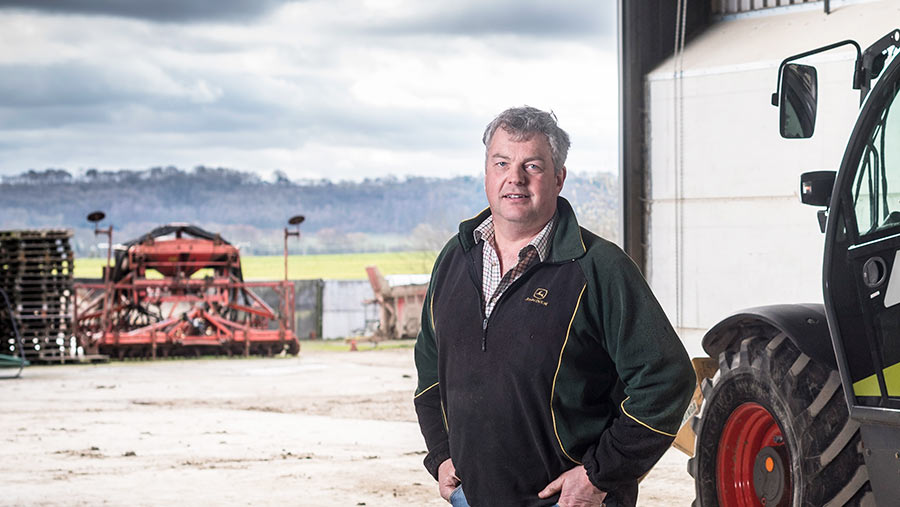 Weather apps are a lot of things: interesting, innovative, informative. But are they accurate?

Some, it seems, are set up for optimism, which we swallow up whole. But how accurate can forecasts ever be?

What a challenging time we are having in Ryedale. Rain just keeps spoiling the plan. We are snatching bits here and there.

Barley is finally all in. Most was flat and some was really flat. Picking the right day to get the crop to flow has been interesting. Orwell has been the pick at 9t/ha.

All oilseed rape has also been combined, at last. Late-drilled Aquila really surprised us with an astounding 4.4t/ha, given that we were thinking of knocking it up in spring. Elgar managed 5.43t/ha, looking fantastic all season.

A field of Extrovert pulled 5t/ha out of the bag despite pigeon damage. It would seem the dry, hot and bright June did the trick.

The pod sealer “Mesh”, applied on 20 June, has been worth its weight in gold, given the hail, rain and wind the crops have had to endure.

As we all know, this time of year really can test people and organisations.

When things go wrong, we are often too close to the coalface to make rational and smart decisions. Claas Eastern in Sinderby really do put themselves out. When the Lexion or Scorpion hit the stops, they can, and do, move heaven and earth to get them back moving.

Taking customer service to another level is dryer manufacturer Perry of Oakley. A chain and flight conveyor snapped at 8pm one night. After contacting Perry that night, a chain and flight was made and dispatched. The conveyor was running 36 hours later.

This sort of thing does happen quite a lot in farming circles, but consider the offending machine was 23 years old and all that was needed was the serial number. I was astounded.

Recently we had an HSE inspection. It really concentrates the mind on the risks and dangers we face within agriculture. As we all race against the weather and time, if you can, stop and think.