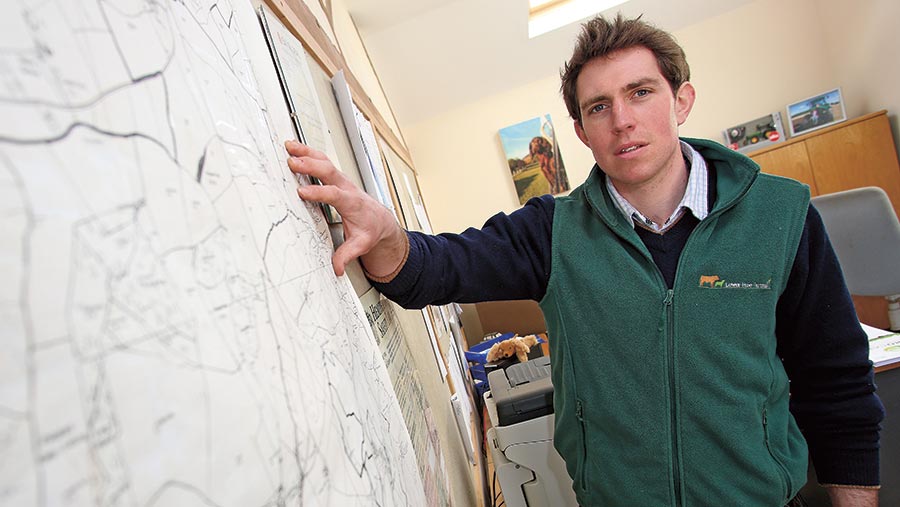 February has definitely been the month of meetings. I have attended a whole host of them, which have ranged in topics but have all been very thought provoking.

A particular meeting that stood out was with John Pelham of Andersons and his response to the question: Could UK agriculture be profitable without subsidies?

The reply was that there were huge opportunities to do so.

One of John’s particularly interesting exercises was to assess the profitability on an individual field.

This included looking at the break even tonnage of wheat per hectare and then identifying the areas of the field, using yield maps, that fell below that threshold.

If these areas were then removed from production the profitability of that field then went up by three times. Like I said, very thought provoking.

This I am sure has had an impact of why our average yields have not increased in the past 20 years, we are growing crops on marginal land and subsidy is allowing us to do that.

Elsewhere field work is on hold until ground conditions will allow us to travel. Early nitrogen has been planned for our backward looking wheat.

Plant counts in one of the worst fields are down to 175 plants/sq m. This was primarily down to slugs and our autumn seed-beds not being up to standard. The priority is now to manage the crop in a way to encourage it to tiller.

The oilseed rape, on the other hand, is looking well and is measuring high green area indexes with upwards of 80kg/ha of nitrogen in the crop.

Our spring cropping has now been confirmed with a reduced area of peas, after last year’s hassle with harvest and reduced price, and the rest of the area going into spring oats.

Cover crops are now being grazed with ewes and lambs, providing clean grazing, plenty of fodder and reducing the pressure on the grass so early in the season.

We are now three-quarters of the way through lambing and so far it has gone well, however, we have seen more cases of Schmallenberg than in recent years.