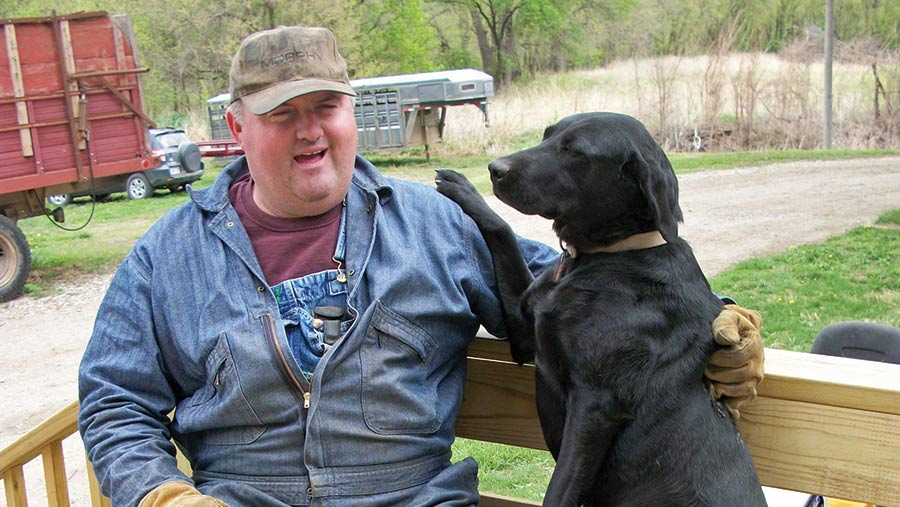 Over the years I have had a good deal of empathy for UK farmers regarding your badger problem. In Kansas we have our fair share of problems with wild animals, we have badgers too, but fortunately they do not carry TB. We do, however, have rabies in the US.

Over the years several of my neighbours have had to have rabies shots because they have been exposed to the disease by bottle calves.

According to my vet, the calf is curious and investigates when it sees a rabid animal acting strangely. It gets bitten, usually on the end of the nose, and there you have it, a rabid bottle calf to expose the farmer and/or their family.

The culprit is often a skunk or a bat. I asked my vet if I should vaccinate my sows because I was fearful a skunk might get into their pen and bite them all. His reply was “it would take a hell of a skunk to bite more than one sow”.

Another animal that can carry rabies and is a general nuisance is a racoon. I once forbade trapping of them on my property, in stark contrast to my grandfather, who had all out war on them, allowing both trapping and hunting with dogs.

Much like badger lovers, I thought they were cute, but my conservation efforts led to a population explosion. After having countless feed sacks ripped open, £550 of damage done to a combine and 14 piglets killed, I reconsidered my opinion.

If I was ever elected governor of Kansas I would decree everyone must wear a racoon skin hat. For the last 10 years I have been in a case of near-constant warfare with racoons.

I tell you all that to tell you this. A few evenings ago I peered through my backdoor and saw a racoon sitting on the back porch.

It showed no fear of me, leading me to suspect it had rabies. We had our labrador shut on the inside porch, so I loaded my 12 gauge and attempted to shoot the racoon while holding the dog inside with my right leg, after knocking the racoon off the porch with the door.