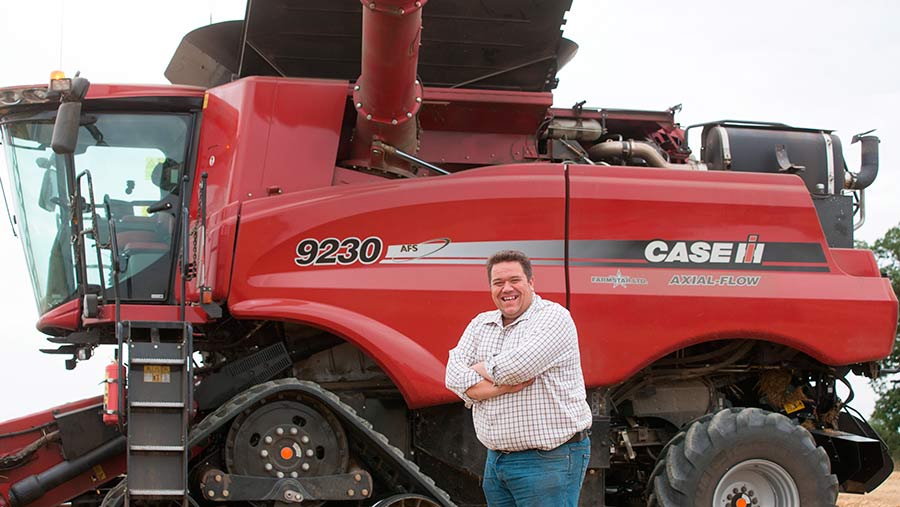 Harvest is finally complete and I can honestly say I couldn’t be more pleased with our Case Axial Flow combine’s performance.

Literally the only breakdown we’ve had was the header auger drive chain snapping in the first few days and two knife sections – not bad seeing as it is in its fourth season.

Spring cropping has been a big success, with spring beans doing very well indeed and spring barley outyielding hybrid winter barley. This has resulted in massive differences in gross margin.

I think the late arrival of sunshine in July was perfect for spring-sown crops but too late for autumn-sown ones.

Our move to shallow tillage and 12m controlled-traffic farming has resulted in us having an abundance of machinery that doesn’t feature in our new farming system, so we’ve taken the decision to have a farm dispersal sale on 1 October.

Hopefully local farmers and dealers will find plenty of life left in our well-maintained kit. I’ve taken the view that if we’ve not used it in the past five years then it’s going in the sale, including enough Simba spares to run my own dealership.

The business has had some real classic machinery over the years, including Steigers and Caterpillars, but as time has gone on I’ve sold them all except for one – our old ERF lorry.

Well, its time has come now too, so if you fancy an eight-wheeled 20 tonner from 1979 and you know how to double your clutch, come along and have a bid.

Stale seed-beds from our new Farmet cultivator are working really well. A pass with the cambridge rolls immediately after cultivating has resulted in quite large numbers of blackgrass germinating.

Considering it’s a high dormancy year, I’m pleased with the results. Of course, the seed could be from previous years, which means there could easily be a sting in the tail yet.

All I have to do now is hold my nerve and not drill any cereals too soon.