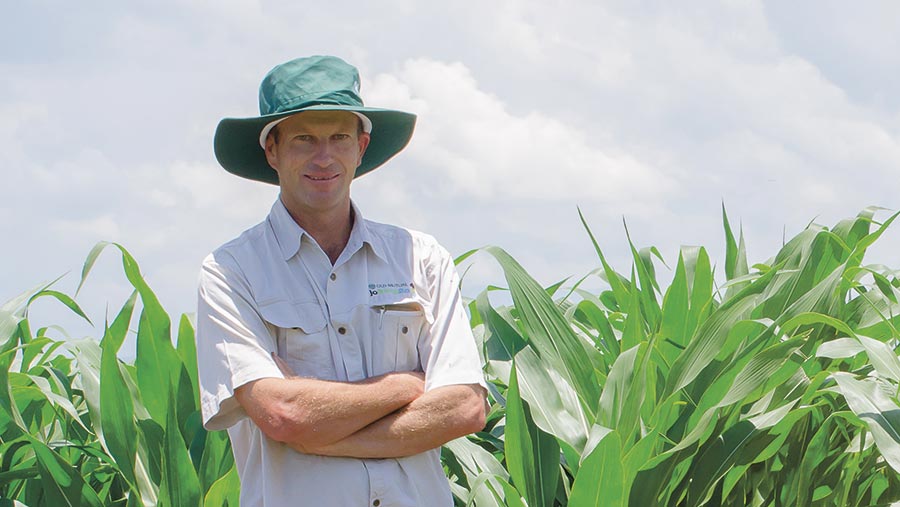 Last month I wrote about the fall armyworm and its invasion into my district.

The pest likes young maize plants but fortunately, it has left my maize and soya crops alone.

Time will tell what the economic impact of this pest will have on crop production in Africa – mature maize plants may be less palatable to armyworm but it is a target for theft.

As the ear starts to develop is moves into what we call the “green mealie” stage – this is what you may refer to as corn on the cob.

Maize fields located close to villages are most at risk and one section of my farm is in a high-risk area so I have had to hire two guards to patrol these fields.

As you could imagine, this is not an easy job. Someone walking on a public road could quickly run into a field, grab an armful of cobs and run out again.

Clearly, a handful of cobs is not going to break the bank, but left unchecked those handfuls quickly escalate into a mass free-for-all.

Once the maize matures, it gets a bit hard to chew and the pilfering pressure subdues. This lull doesn’t last long though, as the serious thieving starts when the maize starts to dry-down and many tonnes can walk out of the field.

Sometimes at night, a pick-up will stop on a public road next to a maize field and offload a team of people with empty bags. They will drive off and pick them up a few hours later together with their cargo.

One evening a friend of mine was driving next to his field and noticed something suspicious, so pulled over to take a closer look.

No sooner had he stopped, his pick-up was being loaded with maize together with its pickers, post-haste. They had been hiding in the long grass waiting for their pick-up vehicle, when my friend arrived they thought he was the getaway driver.

Not to be fazed, he drove straight to the police station together with suspects and evidence.