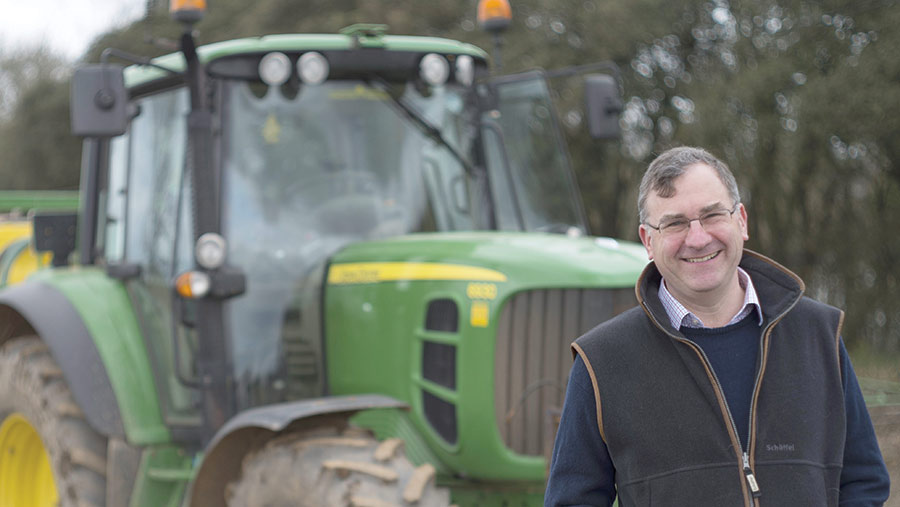 The start of harvest has proved to be mixed and I am rather hoping that it is going to improve. The winter barley started a few days earlier than the last couple of years, but in line with our long-term average start date.

Yields on the feed barley have been satisfactory, but low bushel weight grain in some fields means that the crop didn’t quite achieve the little bit extra that I would have liked to have seen.

It is an expensive crop to grow, relative to its sale price, if the yield is not there. I grow it primarily to spread harvest and that has been sufficient reason for it to retain its place in the rotation, for now at least.

The Maris Otter malting barley, on the other hand, appears on the face of it to have done well. The variety seems to suit our lighter land where achieving big yields proves a challenge.

I have had variable results with it over recent years, but the premium usually pulls it through. I’m hopeful the marketers will find that demand is continuing to hold up in the brewing industry for premium malt.

By the time we moved into the oilseed rape the jet stream decided to park itself south of the UK bringing unsettled weather.

We managed to snatch the crop off between showers and at times longer spells of heavy rain.

It hasn’t been harmed too badly by the conditions, but has been cut wetter than I would have preferred, incurring significant drying costs. It’s a good job that the price is higher than at this time last year.

Of course, with every downside there is an upside and for us it means that the irrigation has come to an end for now.

Both the potatoes and onions have responded to the freely available water. It could be argued that a damp summer is good as it means that the potentially higher margin root crops yield well for us.

However, with the area of cereals that I have still outstanding, I’m certainly not looking for too much of that.