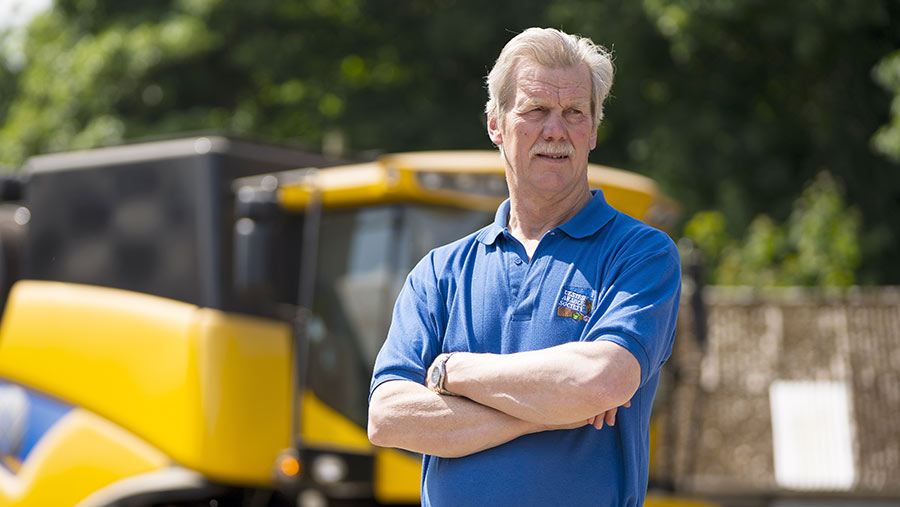 This harvest turned into one of the most difficult and frustrating here in the North West for some years.

Although we are used to changeable weather and start/stop harvests in this part of the country, this year has been exceptional with heavy showers, prolonged periods of rain, and then days of heavy cloud and no drying at all.

We started off well enough with winter barley coming in around 16% moisture with yields about average for us at around 8.2t/ha. Others, I’m told, have done better with yields around 9 to 9.5t/ha. Straw was all baled up, although back in price on last year.

However, it was all downhill from there. The second half of August just seemed to be continually wet, so it was somewhat frustrating to look at social media and see combines rolling around fields in the east followed by a cloud of dust!

We had 55mm of rain here over 36 hours which really did the damage. My oats started to go over, and there was also the worry about possible sprouting.

We finally got them between showers, but only finished a few days ago and I think only just in time from a quality point of view. Straw is still to bale.

A lot of wheat had to be brought in at 27% moisture which is costly to dry, is time consuming, and puts the driers under a lot of pressure.

The good news is that I managed to snatch my malting barley one Sunday, which was pleasing at 7.65t/ha and was all accepted.

As I write, we are down to our last 10ha of spring barley which will, hopefully, be finished by tomorrow.

The last couple of days have been better and 8ha of spring oats came off yesterday, delivering 52t at 17%.

Now we have a lot of straw to dry and bale and although it is dry overhead, there is little actual drying weather. We did manage to get 10ha of OSR drilled on 7 September.

Every year I try to get OSR into the ground in the last week of August and never seem to be able to manage it. The battle continues!