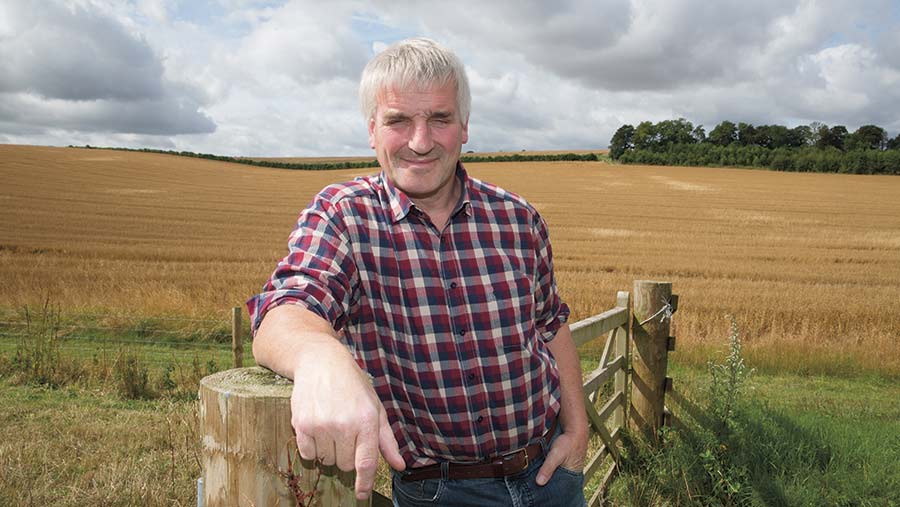 Back in the late 1970s while at Harper Adams University, I learned during my crop production lectures that blackgrass was a weed found on heavy, badly drained soils in East Anglia.

It was an autumn-germinating weed, had no dormancy and could be eliminated by an application of isoproturon (IPU). How things have changed – hopefully, we have learned a lot since then.

A call from my agronomist on the Nottinghamshire sandland farm alerted me to an area of about 2ha in a crop of early carrots.

This was the first sighting of blackgrass on the Nottinghamshire farm and was traced back to a time 12 years ago when we had outdoor pigs on the field and there were some weaner kennels in this area.

Implementing the “zero tolerance” strategy I have on this farm for the weed, I had eight hand roguers in the field at 8am the following day and by close of play we had removed what could be seen, filling three half-tonne bags in the process.

I am in the process of putting a mid-tier application together for the Nottinghamshire farm to begin 1 January 2018. With more than 60 fields on this farm, I was looking at the hedge-gapping option and estimated we had more than 300 gaps to fill.

Natural England rules state you must photograph each gap before you gap up and then after you have planted the gap up.

The system can’t handle geotagged photos, so you must label each photo so it’s identification can be confirmed, which in our case will be more than 600. I am not so sure whether we will be taking this option up.

The days of walking around with a measuring wheel and a map to record things on seem to be long gone.

I had a very busy day up at the Cereals event seeing many familiar faces and some from a long time ago. Cereals for many remains the major networking event for anybody connected with arable farming.

With our Carat barley harvest imminent, preparations for the Cereals 2018 event here at Chrishall Grange will very soon be under way with the grass areas being established by the end of the month. Get 13 and 14 June 2018 in your diaries now.