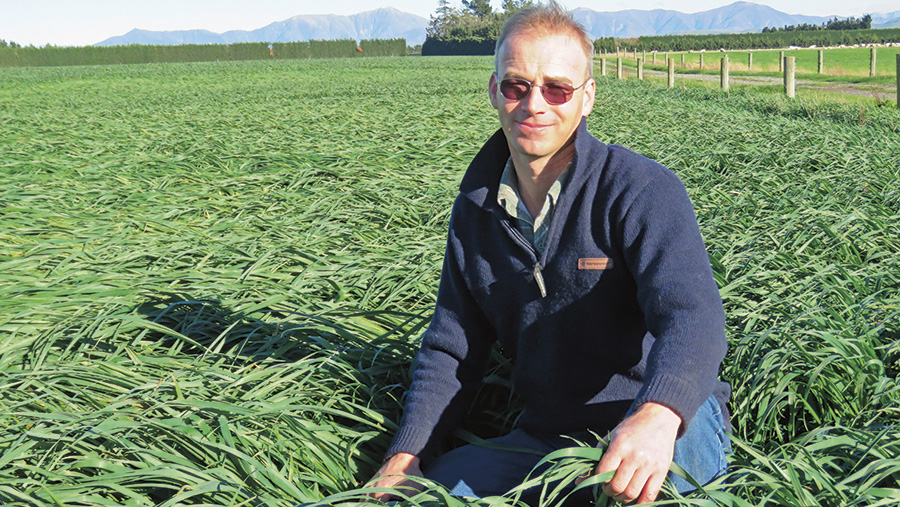 We started into spring very concerned about the record all-time low levels of our deep wells here at Valetta, a concern shared across much of Canterbury after two very dry years and a winter of minimal snowfall and no aquifer recharge.

We are in the upper plains near to the foothills of the southern Alps and traditionally receive a higher rainfall than the coastal areas and that has certainly been the case here for the past six weeks.

It is best not to tell anyone farming down-country just how much rain we have had up here this spring as they have been irrigating for few weeks now.

Our autumn wheats are now at full flag leaf and the soil profile is near enough to field capacity.

As of yet we haven’t needed to start the irrigators, which is very unusual as we would normally be up and running in mid-October and be heading for moisture deficits by now.

The silage guys are flat out conserving surplus feed with their peak season coming a month early and our ewes here are swimming in tucker.

None of this generates a demand for feed, even though there is renewed optimism in the dairy industry with recent strong Global Dairy Trade auction results, but still cereal prices are still at miserable levels.

The trading lambs have now all met their destiny with the vacuum packing machine – well, all bar those that decided to have lambs.

It seems we have gained an additional ewe flock of 260 lambing hoggets which could only be put down to immaculate conception prior to our purchase.

We hit our grazing levels at closing date for the ryegrass spot on and those crops have received their last nitrogen fertiliser dressings.

They will receive growth regulation with Moddus (trinexapac) over the coming days. Peas, clover and oilseed rape look brilliant, but will want to see some sunshine as we move into flowering.

Things look pretty tidy here at this stage, but Canterbury is always only 10 days away from a drought and it is only a good harvest when it is safely in the tin can.