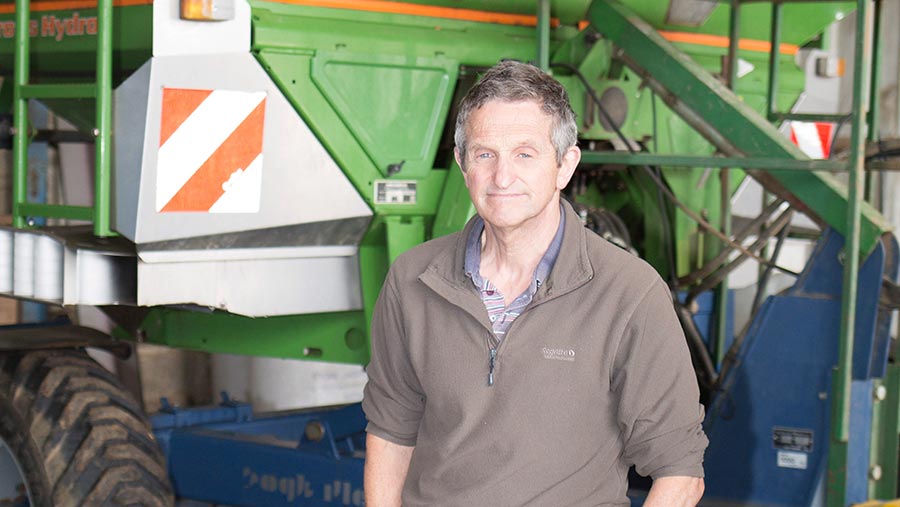 It’s official then, because the Met Office said so; “The extreme weather we have experienced this year is consistent with climate change.”

Whether you are a sceptic or a believer, it has still taken 42 years to equal the hot summer of 1976. I will leave you to draw your own conclusions to that one.

Maize needs sunshine and 300mm of rain from seed to harvest. Our forage maize got loads of sunshine but only 109mm of rainfall.

This year it was cut and clamped by 1 September, some 22 days before our normal harvest, so it’s no wonder that it yielded a third less than average.

Still on weather-related matters, all cultivations and the establishment of the oilseed rape were put on hold until the week after the August bank holiday.

At that point we had just about enough moisture in the top soil to direct drill in the seed, rapidly followed by the rolls. Looking at the long-range forecast for September, it seemed like a case of now or never.

Unlike last year, there was no army of flea beetles marching out of the grain store and little damage to the volunteers that have emerged in this year’s stubble.

Although current reports suggest the numbers are high again this year, I just hope our crops will escape the worst of it.

The next crop to be planted will be the winter linseed – only a small area to try and improve on the agronomy. I can’t see this crop gaining universal appeal while the price of seed is still so high.

I always look optimistically towards next year’s harvest at drilling time, particularly after a poor harvest. So, roll on 2019, but I do wonder what the weather has in store for us next.