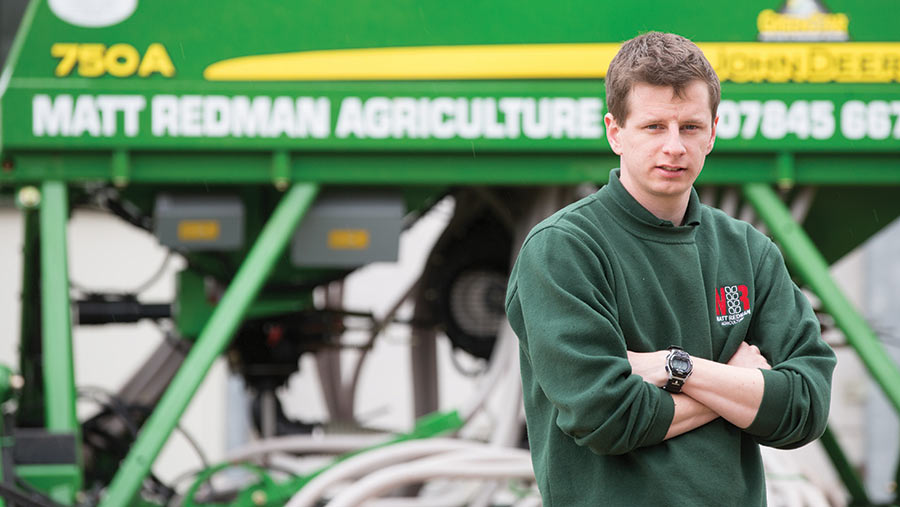 Usually we wouldn’t have drilled anything in September.

However, after a few years of delaying drilling until mid- to late October and subsequent average yields – albeit with reasonable blackgrass control – this year we have decided to drill the cleanest fields earlier in an attempt to improve yields.

It should also make things less stressful when the dry weather we’ve been experiencing finally breaks and things are too wet to drill late.

The oilseed rape has been written off, primarily due to a lack of rain. While cabbage stem flea beetle and slugs are also partially responsible, their effect was massively exaggerated by a lack of moisture.

Direct drilling with the 750a definitely established better than subcasting, but plant numbers were low and would have resulted in a very patchy crop.

What is frustrating is that I drilled one field one morning, then contract drilled one 12 miles away that afternoon that is now green virtually from edge to edge and looks like a good crop. The main difference is rainfall.

Barley has made a reappearance in the rotation this year to give a third crop, and allow an early entry for oilseed rape next year, provided it stays in the rotation.

All of the wheat will receive a robust pre-emergence residual herbicide, and most likely a post-emergence one as well.

After four or five years of not using Atlantis (iodosulfuron + mesosulfuron) we are starting to see an increase in wild oats and brome, so there will be some slight tweaks to the usual herbicide strategy.

Contracting-wise, I’m learning a new skill this autumn – multiple staff management. After struggling to find staff a few months ago, I now have two employees and have had to hire an additional tractor to allow me to run both Avadex (tri-allate) applicators and the drill.

It’s great, and something I wouldn’t have envisaged before harvest. However, it does mean to keep things running smoothly I have to do a lot more running around organising And ultimately, with more machinery working, I spend more time on repairs.