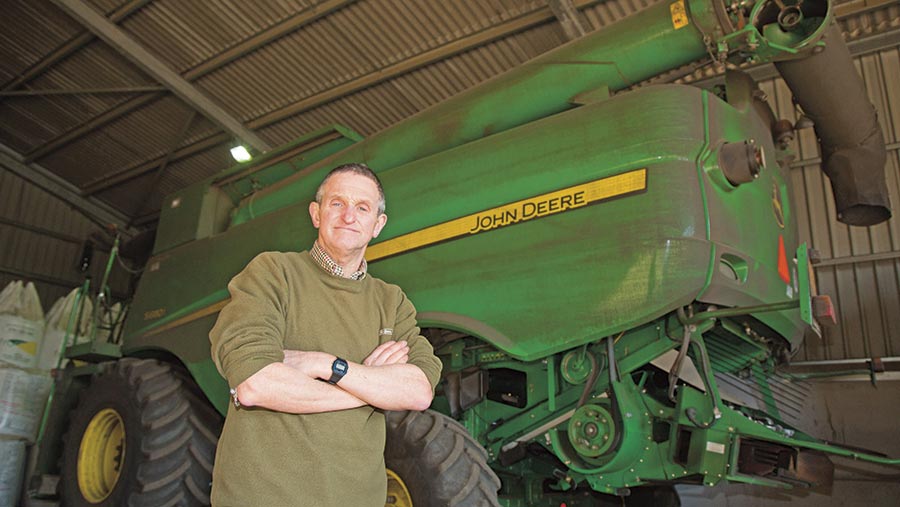 Wow, that was easy! I know it hasn’t been the same all over, but that must be one of the longest periods of continuous combining I have experienced in a very long time.

Easy on the machinery, no drying and stress-free for the staff and management.

After the disastrous oilseed rape and disappointing winter barley, the rest of harvest has at worst been average, with only the spring oats down on the budgeted yield.

The wheat ended up at 8.75t/ha overall and all of it has made Group 1 milling quality.

With an increase in prices due to currency movements, which will also benefit the BPS payment, we should at least be on budget despite the early poor results.

With this firmly in mind, I have set myself the task of putting the farm in a position to be able to survive whatever life after Brexit throws at us.

Clearly government support will be considerably less than it is today. So I am determined that I will use the next three years to investigate both physically – with on-farm trials – and financially – by looking at alternative budgets – in order to have a plan B to roll out by 2020.

There will be opportunities as well as difficulties ahead, but now is not the time for navel gazing. With this in mind I borrowed a John Deere 750A drill to try a few ideas out while establishing this year’s oilseed rape.

One field is split direct drilled v min-till using the 750A. Another field is split into a min-tilled part drilled with our Kockerling drill, the rest with the John Deere. 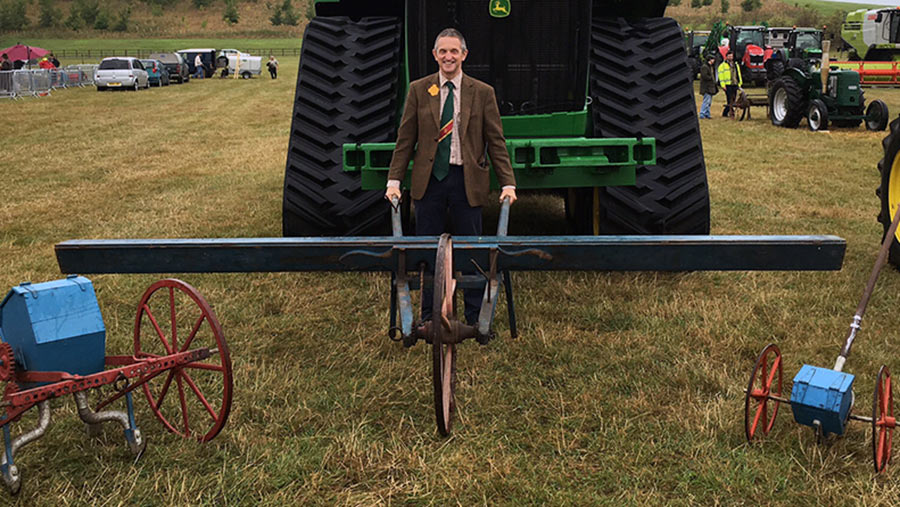 “I’m going drilling!” Simon with an old drill while getting ready for Henley Show, of which he is agricultural chairman.

So far, soil type and the shortage of moisture has had a much bigger effect on establishment than equipment or technique. It should be a fascinating trial, so more at a later date.

As harvest draws to a close I should like to thank the team here at Dunsden Green – Ian, Phil and Dan – for all their hard work during harvest.

Thanks also to Farol for ensuring the jolly green giant strutted its stuff with the minimum of stoppages.