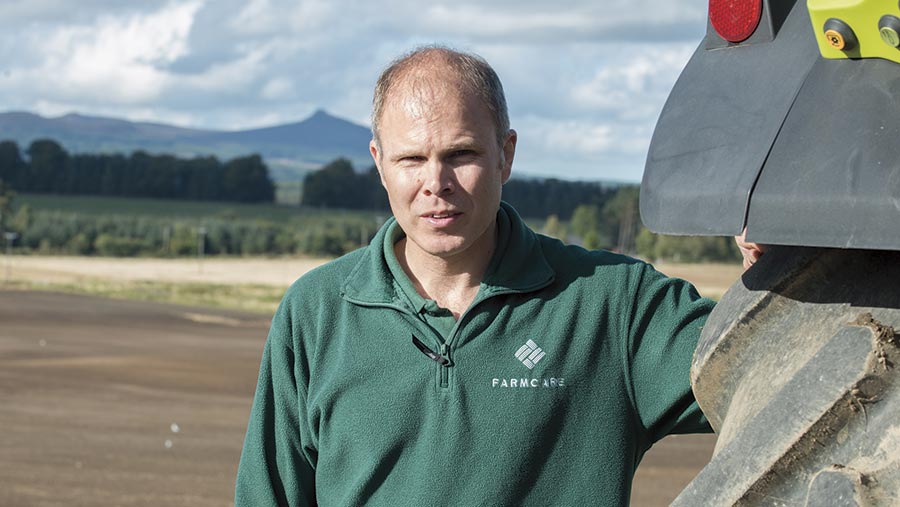 Fortunately we had a much drier Christmas and New Year period than a year ago, with 15mm of rain rather than 290mm hopefully setting the pattern for the rest of the year.

Another difference this year is maltster demand for barley from the coming harvest, with contracts being offered well before Christmas at prices that make the crop look a bit more attractive.

Spring barley is our major crop and it is pleasing to grow something for which there is strong demand and a known market.

For several years now Concerto has been the dominant variety for this market and it looks like carrying on as the maltsters’ favourite due to high spirit yield and consistency in their process.

Unfortunately from a grower perspective, it is falling behind in yield and has a problem with brackling pre-harvest.

So although it will still be important in our plans this year, I will be reducing our Concerto area and plan to grow some Laureate, which looks like being an important variety in the future.

In order to spread both our risk and harvest period we also grow Golden Promise, which seems to respond well to modern fungicides and is very early to harvest, along with a small area of feed variety Waggon, again giving early harvest.

For the first time last year we also grew some of the new variety Irina on an export contract. This produced a high yield of big bold grains, stood well and was easy to combine, so I intend to grow a bit more of this variety in the coming season.

The New Year has also seen the geese that come to the area for winter move onto our wheat to graze, so goose patrol, armed with banger rockets, has been added to the daily routine.

Calving has also now started with the first calf born a week early on 4 Jan. A new feature this year will be the use of electronic tags to try to make information recording more efficient and also to enable us to quickly record weights and monitor performance more easily.