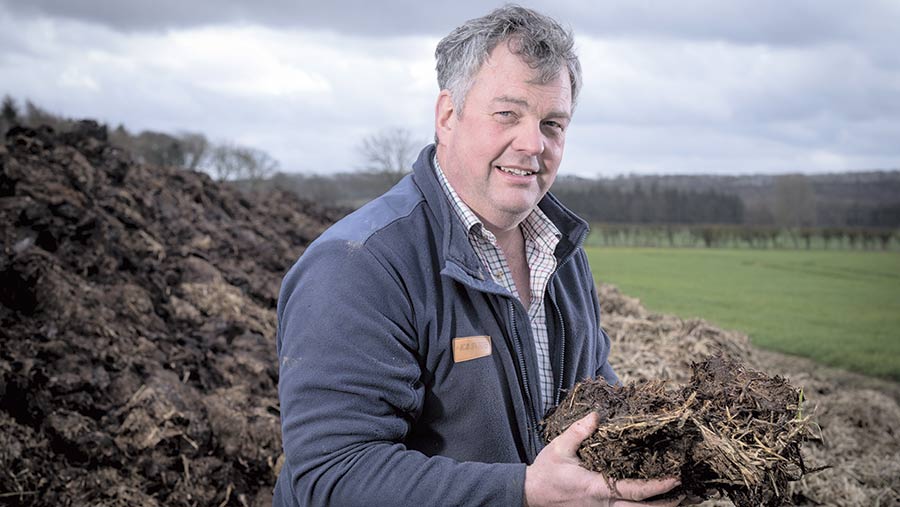 All our oilseed rape is drilled and growing away well, no doubt helped by good old farmyard manure.

Using our “max till” system, we seemed to get a good emergence following a tine with either a Sumo Trio or DTS. This requires several passes, but I think it is worth the trouble.

Thankfully, slugs have been relatively rare – we applied ferric phosphate pellets after rolling and there has been no need for a second application.

But another pest has been anything but rare here in Ryedale: flea beetles.

Bizarrely, one field has been attacked relentlessly by cabbage stem flea beetle while a neighbouring field (just the other side of the hedge) has been left alone. That’s a common occurrence in Ryedale this year.

We are hosting a Dekalb field trial this year. Nine different varieties in hectare blocks made me think: isn’t it time for a different packaging system? Trying to unstitch those little bags without letting any string fall into the hopper drove me mad, particularly in the dark.

Wheat and barley seed isn’t always brilliant either. The big bags are sometimes almost impossible to undo – not so good when you are crawling underneath a swinging half-tonne bag. I’m old enough to remember hundred weight (that’s 50kg if you’re under 35) bags. Big bags have been a great idea, but is it time for a rethink?

All the wheat was finally combined – only the spring beans remain. The early start makes it feel as though harvest has dragged on. Yields were just above our five-year average.

Grafton once again starred with a 12t+ performance. Siskin was well above average, but we were hoping for something exceptional.

Warm, sunny conditions in June really suited our clay-based soils. If only the straw hadn’t been so green, baling might have been easier. The showery weather made nothing easy this harvest.

Cultivations have been just as stop-start as the harvest. When are we going to get a settled period? Looking westwards, maybe some of the remnants of Irma and the other big storms will be felt for some time.

Hopefully, we might get some wheat drilled this week. Weather (and agronomist) permitting.