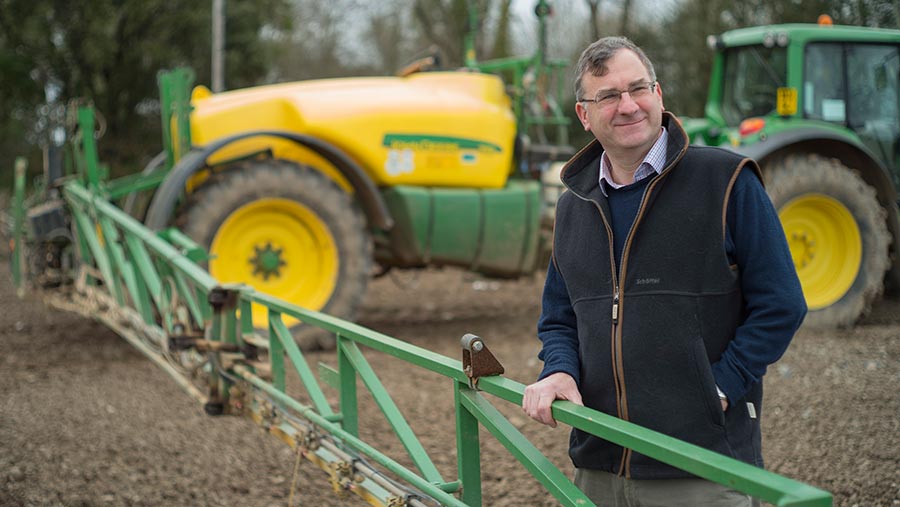 I think I have been luckier than most with the rainfall in the past month. At the end of April the winter barley and oilseed rape were looking pretty good, but the wheat was looking hungry as it had not received enough moisture to pick up the nitrogen.

Two days of steady, gentle rain at the start of May changed the situation, with crops turning a darker shade of green almost overnight.

Since then, occasional damp days followed by a solid 50mm have kept things going without really holding up fieldwork to any significant extent.

Planting our last field of potatoes was a little bit later than I would have liked, but I felt it was a reasonable price to pay for the wet stuff.

I know others elsewhere are still in a difficult situation due to the lack of rain, but here it is what happens from now on that will determine the harvest potential in this part of Cornwall.

The downside of a dollop of rain is the increase in septoria risk. Our location, with its mild, damp climate, is always pretty high risk and it can be the biggest yield robber in wheat if we get it wrong.

Most years we adopt a fairly robust spray programme. However, I have to admit that at one stage, when it was dry, it was tempting to try to save some money.

We do all our own agronomy, taking an independent line, but basing our decisions on the best advice we can obtain.

This year we have taken the plunge and incorporated the new Bayer fungicide Ascra (bixafen + fluopyram + prothioconazole) into the spray programme at T2.

On the face of it, it is a fungicide well suited to the challenges of growing wheat in the South West. I will be monitoring the outcome with interest.

The general election hype seems to be gathering pace. I am yet to hear a strong commitment on the future direction for the agricultural industry from any senior politician other than the usual platitudes.

I would like to operate in a business-like way without having the legs pulled from under me by political interference. It’s not too much to ask, is it?