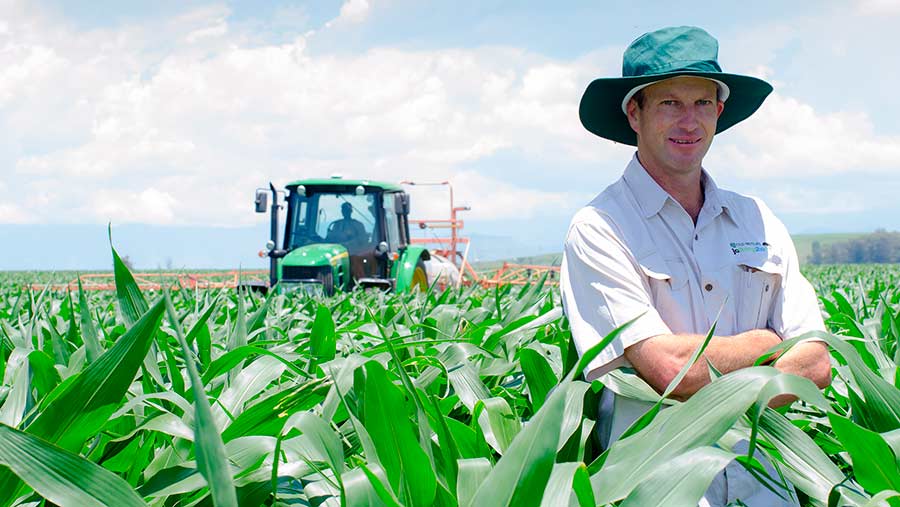 I have recently started to harvest maize and, like the soya beans, the yield is excellent, considering the season.

The old soya bean fields are now green with the eight-species cover crop mix drilled behind the combine.

Many people assume that more cover crop species means more cost. This is not true at all: the more species you add, the more you reduce each individual seeding rate.

In determining the seeding rate, I first try to assess what the rate would be if that species were planted as a single crop in that situation.

I then divide that rate by the number of species plus one. For example, if I feel that oats should be planted at 40kg/ha in a mono-crop situation and it is to be part of a nine-species mix, I divide the 40kg by 10 and include 4kg oats a hectare in that nine-way mix. I repeat the same process for the other species.

This is a recommendation that I once read in an American publication, but I could never understand why one must add an extra one on before dividing.

A few years later I was in America and a prominent cover-crop specialist said that, in his experience, fewer plants are needed than you think.

That statement confirmed the formula in my mind – and in my experience too, less is usually ample.

In selecting species, I add grasses and broad-leaves, including legumes – anything that I think may grow and have some kind of feed value.

I aim for half of the mix to be grasses and the other half broad-leaved species, on a relative basis. As it is a winter crop, I must select plants that can tolerate frost.

Within the grasses I have used oats, Saia oats, stooling rye, annual rye and wheat. In the broad-leaves I have planted turnips, radish, mustards, canola, kale, forage peas, grazing vetch, medics and several clovers. I am always game for something new!

I often fly a cover crop mix over my standing maize by aeroplane and in that situation I add 20% to whatever rate I calculate, due to seeds caught in the leaf sheath and poor germination.