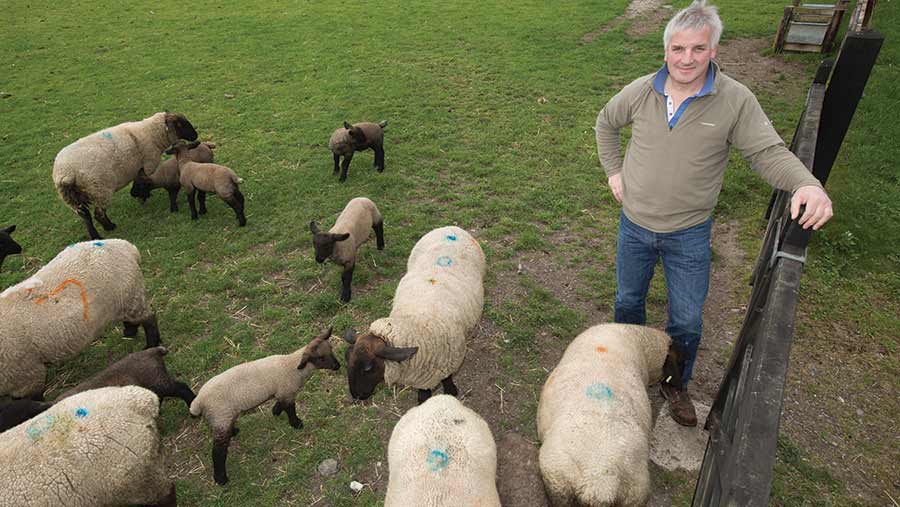 I have been spending a few days over the Easter break up in the north of Scotland, visiting relations and staying at my old family estate.

It is a glorious daybreak with a good, sharp frost and with snow still on the higher ground. The blackface ewes are still a month off lambing, which is a bit of a contrast with our flock at Royston, where we have been selling spring lambs for the Easter market.

I visited Dingwall Mart and saw a large amount of cattle being sold. Conversations around the ring were much the same as I hear down south.

The main concerns were about cashflow, mainly due to a payment system that has failed to deliver most of 2015 payments so far and which looks as if it is going to cost three times the original estimates to administer – which on the farm translates to about £15,000 to £20,000 for each application.

However, they do seem to have a more sympathetic government up in Scotland, which has made some advance payments and doesn’t seem to live in denial and quote misleading statistics.

Selling lambs for the Easter market has certainly been a much more pleasurable occupation than selling grain on to a very flat market.

In fact, I think it is only the second time in my farming career that I have sold a lamb for more than a tonne of wheat. I can remember the summer of 1990, when wheat was making five times what lambs were and cull ewes were worthless.

It is one thing at the moment trying to sell wheat and another getting it delivered, although buyers tell me that they are having great difficulty buying off farmers at present levels, despite stock levels and market forecasts saying there is going to be no upside.

Preparations continue here for the 2016 Cereals event. Plots have come through the winter well and a lot of interest is being shown in the cover crop area.

The event will be held a week before the EU referendum, so that will probably be the main issue with much time in the conferences and breakfast meetings devoted to it.

Let’s hope in the meantime that we can have some sensible debate based on the facts of what farming and life in a Brexit Britain would look like, rather than the Project Fear and its associated paranoia that we have been subjected to so far.

Robert Law farms 1,700ha on the Hertfordshire, Cambridgeshire and Essex borders, growing cereals, mustard, a range of forage crops for seed, sugar beet, up to 200ha of catch crop stubble turnips and 300ha of grass supporting a flock of 2,500 ewes. All land farmed is in environmental stewardship schemes. He also manages 500ha of sandland in Nottinghamshire.