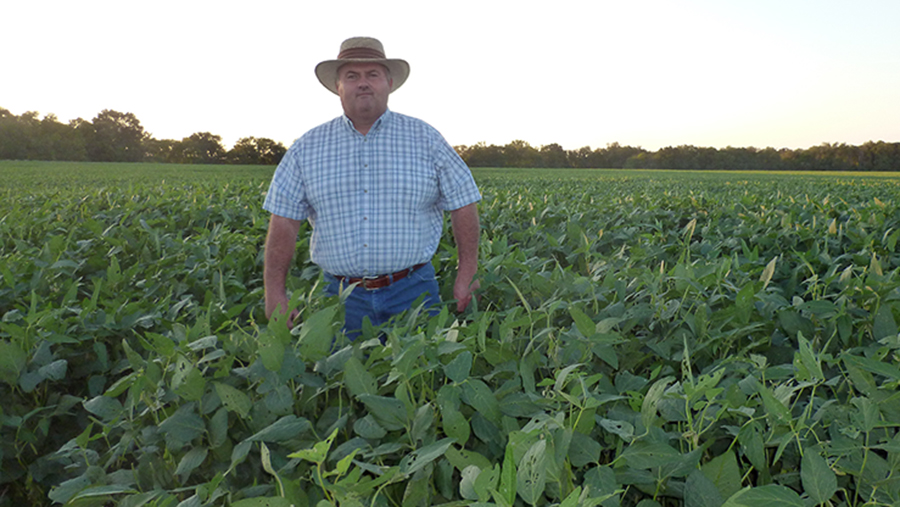 August has been one of the wettest I remember, on two different occasions we have seen 3in of rain.

Our rains have come slow and not caused any problems, while other parts of the state have flooded.

Late in the afternoon on 24 August the sky turned green and the radar turned purple. In Kansas that means one thing – hail.

About a third of the leaves were knocked off, along with a few pods.

Sadly, before this my soya beans had looked to be the best in 30 years of farming.

Soya beans can supposedly withstand a massive amount of defoliation and still make a crop, I am about to find out if that is actually true.

Half of my soya beans still look great, but we now have corn earworms along with clover worms invading our fields.

The corn looks good although the wind that came along with the hailstorm did knock some of the ears off.

Meanwhile, the grain market is very sad, as we all know.

The next week, I pregnancy checked my replacement heifers; apparently the new bull I bought went bad shortly after his test.

All of the heifers were open and the bull was completely devoid of any sign of sperm cells.

Then, one Saturday morning in early September I awoke to my bed shaking violently – we were experiencing an earthquake centred near Pawnee in the state of Oklahoma.

And now we have to choose between Donald Trump and Hilary Clinton in the presidential elections in about two months.

Add the July tornado to all of this and I won’t be surprised if the four horsemen of the apocalypse come galloping up the drive.