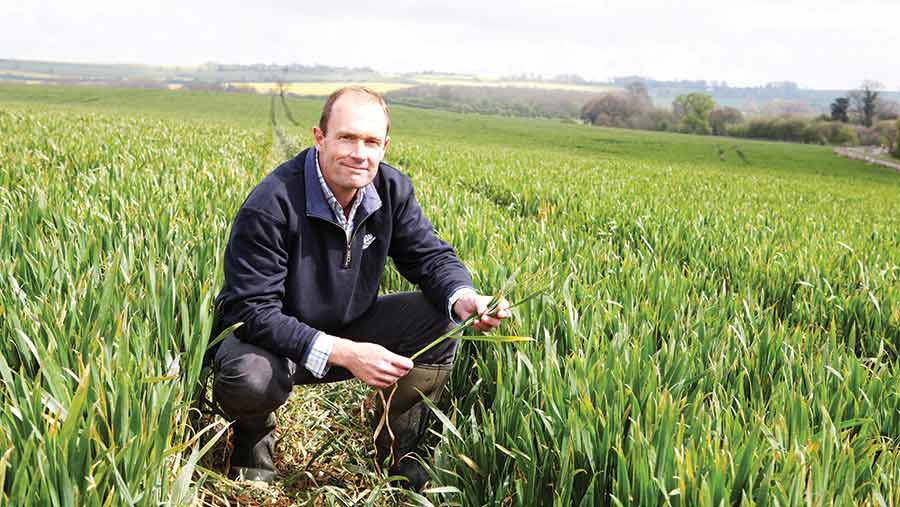 I’ve just been away from the farm for two whole weeks for the first time ever – and, incredibly, it’s all still here and no disasters have occurred!

What’s more, halfway through the second week I actually started to relax. I may even do it again in a few years.

I returned to see our main spring-fed pond is at the lowest level anyone can remember for a decade or more – and back then it was in a parched summer, not November.

I can only assume groundwater levels are extremely low after a very dry year in this corner of the country. I notice our nearest reservoir is at only 36% capacity – below the previous minimum for this month.

However, crops have grown appreciably and slug levels behind oilseed rape are low.

Strangely, though, they have been more of an issue after spring oats.

Should we point the finger at the cover crops that preceded them and/or the high levels of overwintered straw residue?

In the “till or not to till” debate, it does seem a fair observation that cultivations kill slugs, but does that mean they are also killing masses of other soil life?

On the plus side, we are suffering noticeably less from pests such as sawfly larvae and aphids, and personally I would like to work out how to decrease the molluscs without tillage.

Following my observation last month that margin response to phoma and light leaf spot sprays is somewhat erratic, I notice that while I’ve been away my agronomist has ordered some fungicide for this purpose (he’ll be sneaking insecticide in next if I’m not careful).

I would like to know why negative margin responses that are way above the cost of the chemical are sometimes seen in this situation.

Should we apply fungicides only when we have a full crop canopy shielding beneficial fungi in the soil?

Certainly two plant and soil health speakers from overseas I have listened to have warned against applying fungicide too early in the spring to cereal crops. As usual, I have more questions than answers.