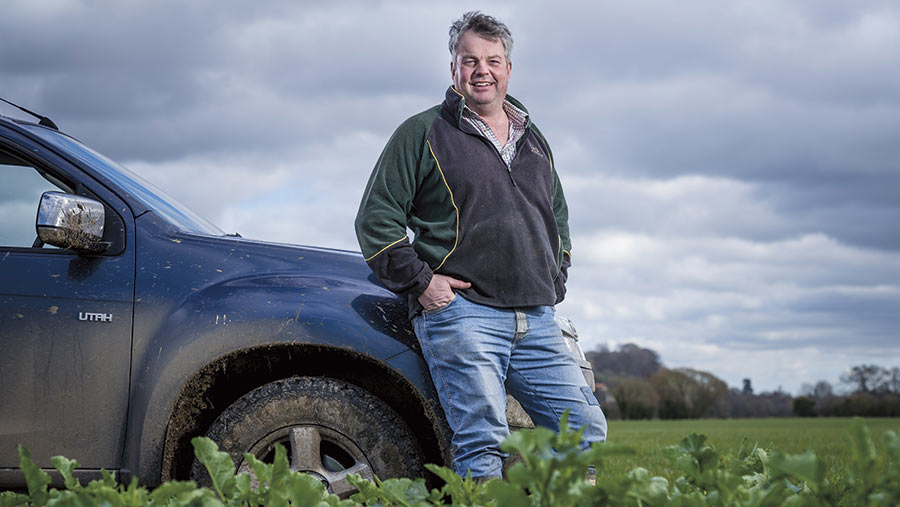 I really think the spring rush is now worse than the autumn bottleneck.

Through April we have had three gloriously spring-like weeks in Ryedale, which is in the south-east corner of North Yorkshire.

We all rushed to get fertiliser and trace elements on. It seems no sooner had the sun burst through the winter gloom it beat a hasty retreat and we had the cold spell that all the UK seems to have suffered.

Eventually, our Fanfare spring beans were drilled 75mm deep into excellent conditions by the Sumo DTS, after plough and press cultivations.

The leading tine was set at 200mm allowing easy rooting and once again the first leaves emerged three weeks to the day. A pre-em mix of Jade (prosulfocarb) and Eximus (pendimethalin) was applied a few days after drilling.

Thankfully, the recent low temperatures have kept disease pressures really low. Wheat T1s were applied towards the end of April based on chlorothalonil-azole-SDHI mixes.

Oilseed rape is in a confused state of mid-flower – one flower spray is so far all the crop has needed. Caramba (metconazole) and Topsin (thiophanate) applied at early flowering for early sclerotinia protection and canopy manipulation, may have to be followed up shortly, in what looks like being a protracted flowering.

Paradoxically, now New Zealand have regained the world wheat yield record with the old variety Oakley. It makes you wonder if there is any point going for the latest “model”.

Having said that, our Siskin is looking promising. It could be the new Einstein – the multipurpose wheat that can get a premium if ever there was one.

Many farmers, of a certain age, will be Radio 4 listeners. The “50 things that made the modern economy” featured the Haber-Bosch fertiliser process and how fertiliser changed the food supply chain, claiming half the world’s population owe their very existence to the food created by nitrogen fertiliser.

It was brilliant radio – interesting, intriguing and controversial. It really put food production into perspective. I only hope that the powers that be in Westminster at least catch it on iPlayer while campaigning or dreaming up policy for a post-Brexit reality.