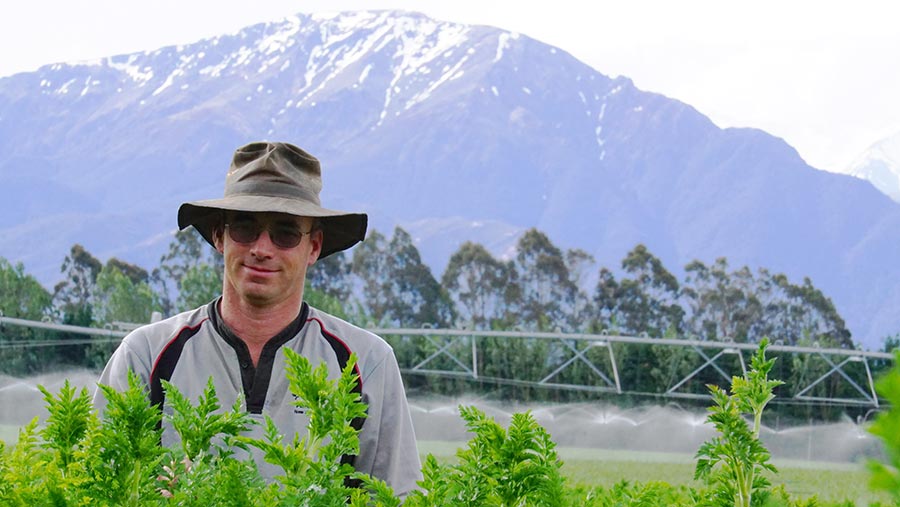 The big tap in the sky seems finally to have been turned off and following an unprecedented eight-month spell of wet weather we have had a sudden flurry of activity getting irrigators going after a month of low rainfall and drying north-west winds.

Clay soils have gone from too wet to work to concrete very quickly.

It’s not all bad, though. Crops are loving the warmth and while we were seven to 10 days behind in growth stages, especially in grass seeds, they have caught up very quickly and are generally looking very well.

Herbicide and fungicide programmes and urea applications have ended up a bit squashed together and not quite “textbook” in timing, but near enough will have to be good enough.

We have had three dry years here, which finally broke during the middle of last harvest, causing all sorts of drama in crop quality and resowing dates, with autumn crops then struggling through the wet winter.

We haven’t had a wet winter for a while and a lack of recharge in the aquifers underneath the Canterbury Plains had been causing concern.

Last year we got to a point where falling well levels meant only four of our seven irrigators could be run at any time. This has never occurred before.

Fortunately our wells have fully recovered to the water levels we had when they were first drilled in 1998, so we are back to full capacity.

However, I think we are now more able to make critical decisions for when we do encounter a water shortage at some time in the future.

Dairy demand for grain remains strong and the silos are all beginning to empty, which bodes well for harvest.

We have a new government, of sorts. The nationalist NZ First party, with 7% support, decided to go with a Labour/Green coalition and banish the largest (and incumbent) National Party to opposition.

Parliament was opened with the coalition having insufficient votes to elect its own Speaker of the House. It looks likely to be a bumpy three years ahead.