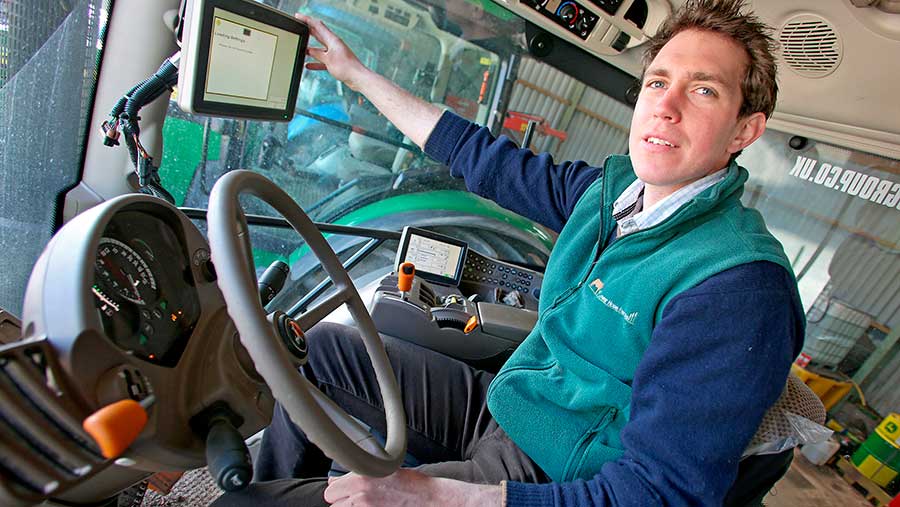 This spring has felt like one continuous conveyor belt of work, with timings of applications continuously rolling from one to the next.

From being very late it now seems growth stages have caught up and become slightly earlier, if anything, than in a normal season (whatever one of those is).

The spring oats drilled in May have really grown rapidly and it really has shown that patience is the key.

Blackgrass has become a more common sight this year, with a few plants in most fields of wheat rather than the odd isolated case we have had in recent years.

Not worth the price

We have been rouging to make sure we keep it at a manageable level.

I think it has come from either muck we imported or balers where we have sold straw, so we are going to stick to our guns and chop all the straw we will not be using ourselves, even though straw prices are going to be particularly high this year.

I have been working closely with Finley Hawkins from Cobb Agri and once again we have taken tissue samples from the wheat.

This showed potassium levels in the crop were slightly lower than it should be, but field levels seemed OK.

Fin said he has seen this across the county, so we will do the same again next year to see whether it has been a seasonal effect or if we need to consider a foliar application.

Commodity prices all seem to be rising, which is good for selling new-crop wheat with its relatively moderate input costs.

However, new-season fertiliser prices are considerably higher than last year. We have taken cover on some UK AN as the price does look as if it is going to strengthen further.

Elsewhere, silage-making is in full flow and this year we have tried an Ag Bag, aiming for more consistency and quality in the silage. It has certainly brought efficiency to the operation.