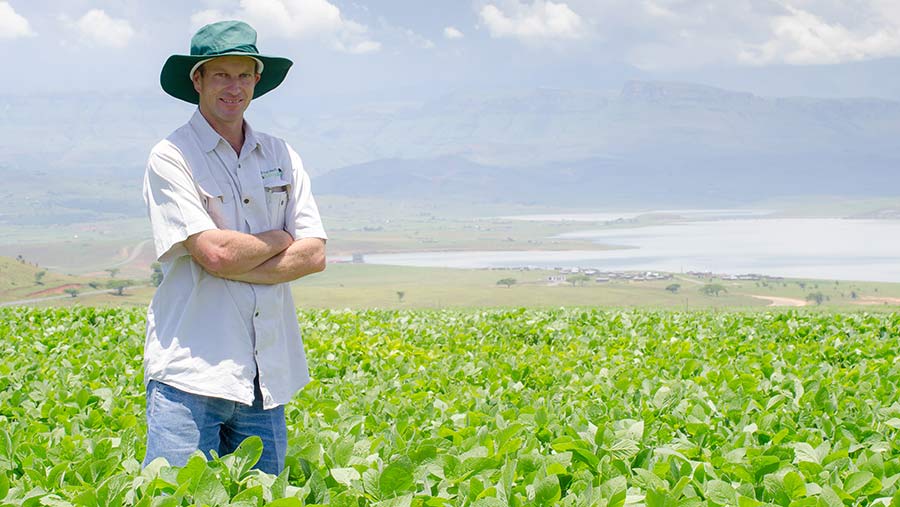 While watching the British Grand Prix, I was astounded as to how brown the grass around the Silverstone track was.

I realised if this is what the well-manicured lawns around the track look like, then the English arable fields must be taking serious strain.

This got me thinking about my past season. In South Africa we are no stranger to drought and heat.

We had a very dry spring, which resulted in all our crops being planted late.

Then we had our midsummer drought right at the critical flowering period.  Despite this far from perfect season I harvested my best maize crop, ever.

So how is this possible? Well I believe this good crop is because of better organic carbon levels in my soils thanks to many years of no-till and cover crops.

Soil surface residue in a no-till/cover-crop system improves rain infiltration, and helps to mitigate evaporation. Organic matter in the soil acts as a sponge, buffering large rainfall events releasing it to the plants as required.

In our 2015-16 season, South Africa experienced the worst drought in recorded history. It was thanks to no-till and soil organic matter I still harvested a reasonable crop.

Most of our crop inputs can be bought, such as seed, fertiliser, chemicals and machinery.

Management and organic carbon don’t come in a bag and they are arguably the most important.

In my opinion, the only way to significantly improve ones organic matter is to grow it in situ, and that’s where management comes in.

The Formula One cars of today didn’t reach their level of performance in one season. It has taken decades of incremental improvements to get them where they are today.

The same is true for crop farming; soil improvement is a long-term project.