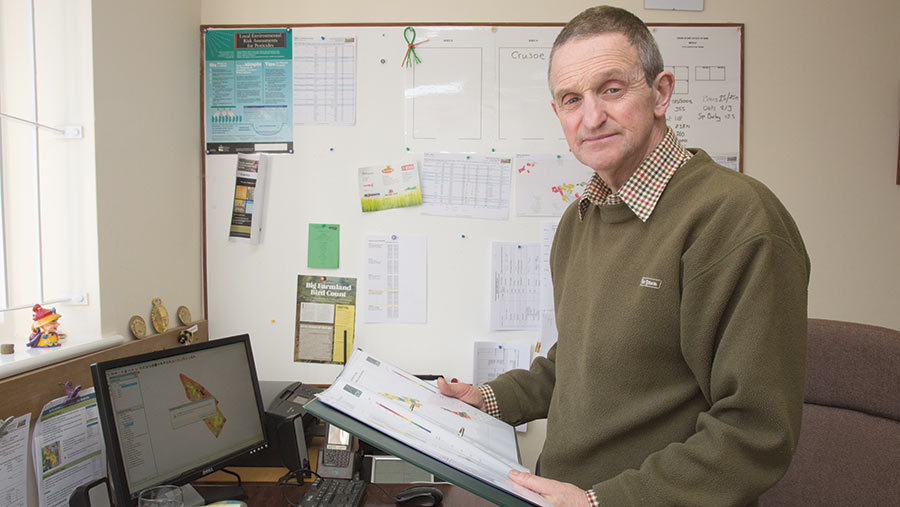 “An Englishman’s home is his castle” is a phrase that was hijacked to mean you could do what you liked in your own home. However, in 1763 it was defined by William Pitt as giving householders the right to prevent entry into their homes.

With a pinch of poetic licence, I am going to extend this to our farms.

Since the August bank holiday we have twice fallen victim to nefarious activity that has seen both the farm office and lately the workshop ransacked, providing more items to be sold down the pub or on eBay.

The toerags that carried out these crimes seem to have no fear of the lights, CCTV and other security measures we have put into place. On both occasions, the police have turned up and been very helpful, but all to no avail.

One good piece of news is that the fly-tipper I wrote about earlier in the year has been caught and fined.

So back to farming with the machinery we have left. The winter rapeseed was sown much later than we would normally have hoped for – in early September – and until recently has been very slow to grow.

Flea beetle has never quite reached the threshold, so OSR crops have not been sprayed – 25% damage is a lot more lost leaf than you realise and as the crop now grows away, I am glad I resisted the urge to spray.

The winter linseed was sown in the third week of September and is up and away. So far so good. The winter barley and blackgrass-free wheat fields followed. A pause will now ensue until the second half of October, or as long as my nerves will hold, where we do have blackgrass.

Our new cultivation strategy of wide and shallow followed by minimum-disturbance drilling is going according to plan, despite getting behind with cultivations due to the weather and the loss of our harvest student in early August.

Notwithstanding the lack of Brexit progress, we press on with what we do best – producing quality food.