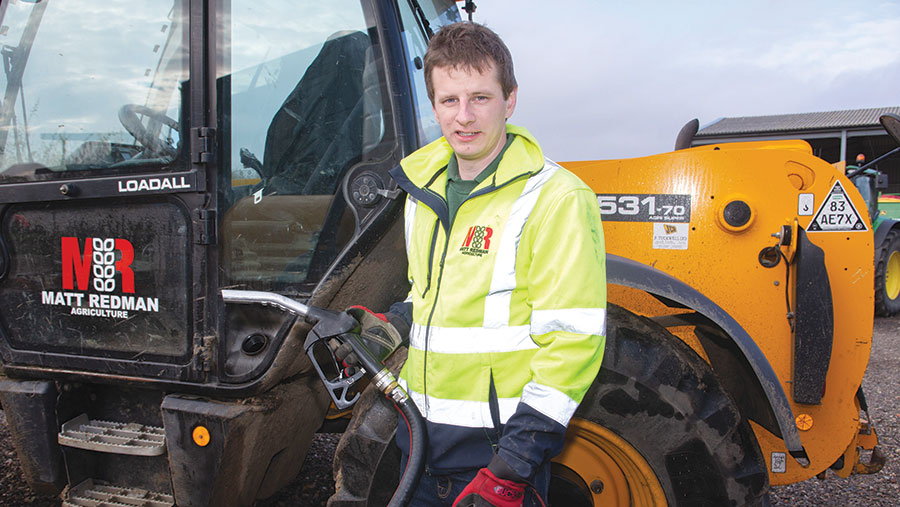 The calm before the storm finally allowed us to get on and do some winter drilling, get some spraying done and fertiliser applied.

Unfortunately, it only lasted for a few days before we slipped back into the mud and cold we are all so used to now.

Luckily we got through storm Ciara without any damage, but that is because, unfortunately, there are very few big trees on the farm – something that will hopefully change in the future, as we are planting a mix of species this year.

The end of January drilling cut-off for Skyscraper, Gravity and JB Diego wheat was stretched to the first week of February, both here and on some other farms, but we will now switch to Skyfall for few more weeks before admitting defeat and moving to proper spring cropping.

I got a bit of stick a couple of articles ago for mentioning I had taken the plough out to get on with some fieldwork.

At the time, I said I wasn’t sure if it was the right or wrong decision. It turns out, so far, it was the wrong decision, as we have now drilled all of the non-ploughed land destined for winter cereals, and can’t get near what was ploughed.

Flexibility is the keyword this season – whether it be cultivations or cropping – so I don’t regret the decision.

It could have just as easily been the right one, and may still prove to be a useful move for some spring cropping.

It is pretty much a necessity ahead of sugar beet at the moment, which is a new crop entering the rotation this year as a result of having the ploughed land, a lack of break crops and just to give it a try as another crop option on the lighter land.

Away from, but also still on, the farm, Brexit has finally arrived – whether that’s a good or bad thing, only time will tell.

At least something has happened, and we can now focus on getting on with things rather than a constant change of dates and bickering about what it means.

It could be a bit like ploughing, and be good, bad and necessary, all at the same time.