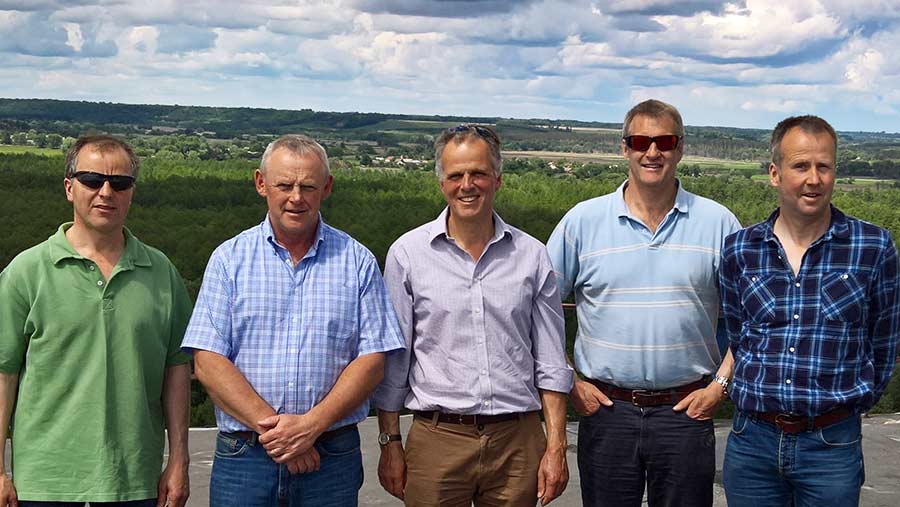 Many of us will have heard about the enormous expanse of wonderful farmland in the former Eastern bloc. A land of opportunity and potential. Well, at last I have seen it for myself.

Four of us, all friends from college days, went to visit another friend who has been farming in Ukraine in various guises for the past 23 years.

He and his colleagues are tenant farmers and work land that is now again owned by those who used to own it prior to the Soviet era. He farms a mind-blowing 231,000ha and has more than 80,000 landlords growing wheat, maize, soya and sunflowers.

It was a fascinating insight. To actually see that beautiful, naturally fertile land at first hand was memorable. We were close to the Russian border and to see the watchtowers in the distance is a bit disconcerting. However, the farmers’ only concern seem to be the particularly wet spring that was delaying drilling.

However, the wheat looked particularly well, having had only half the nitrogen we use. There also seemed to be little sign of disease pressure.

I wouldn’t be surprised if the ageing Soviet grain stores – complete with a fading but still clearly visible hammer and sickle painted on the massive concrete silos – will be full to bursting this year.

There are new facilities like this being built or upgraded all over the place. The waterway that runs through Kiev on its way to the Black Sea is being deepened so that larger grain vessels can pass through.

We can assume it will be only a matter of years before the long-expected potential of Ukraine is finally fulfilled.

The four of us enjoyed our few days in Ukraine, although some of the memories are very hazy.

Our hosts provided us with a sumptuous lunch, but of course tradition dictates that several toasts to farming, women and so on meant the only sight-seeing done on the long, arduous seven-hour journey back to Kiev was the back of our eyelids.