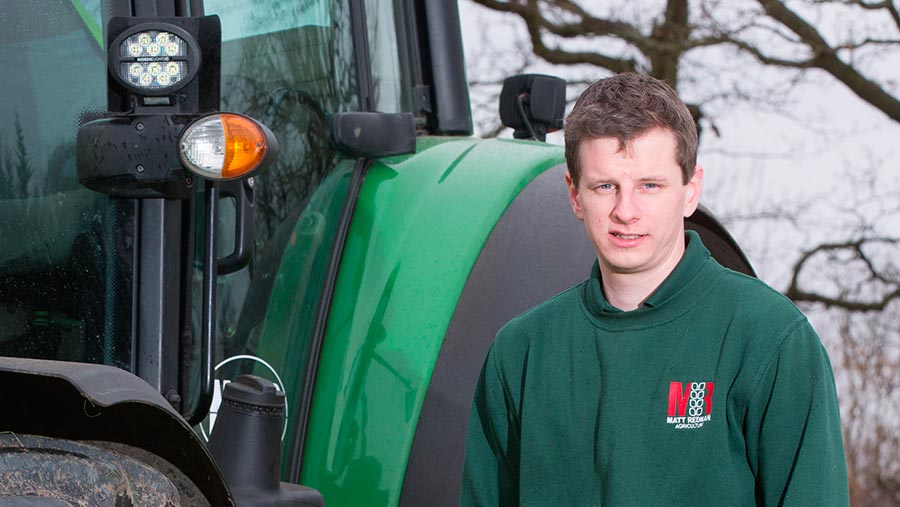 Time is rattling on. I’m not sure where September went and by comparison to previous years we are, like most people, behind with autumn work.

The plus side is – provided conditions improve soon – that wheat drilling will take place with plenty of moisture for pre-emergence herbicides to work, and unlike last year, we are seeing volunteers and blackgrass germinating in stubbles and cultivated ground.

Campus and Django oilseed rape were drilled using a subsoiler and seeder combination in the first week-and-a-half of September, with very pleasing results so far.

The increased soil movement from the subsoiler has stirred up some blackgrass, but overall establishment is very good compared with what it may have been behind the John Deere 750a, given the compaction and general field conditions after combining, baling and bale chasing.

I’m sure I’m tempting fate by saying this, but so far it has received no insecticide – is this because the land hasn’t grown rapeseed for a few years, the late planting, or just the year overall?

Wheat seed has all been ordered or dressed, although things need to dry up to allow cultivation to be completed before we can even think about drilling. I have chosen to go with three varieties instead of the planned two – Barrel, Skyfall and Zyatt.

Zyatt was added at the last minute to provide a possible replacement for Skyfall in future, although I was still pleased with Skyfall grown on a small area as continuous wheat this year.

Having had trackers fitted to all the vehicles back in May, their benefit has really shown over the summer and will do even more so this autumn. They allow me to see where tractors or pickups are in real time via an app on my phone, without having to keep phoning drivers.

It also shows ignition on/off and travel speed, so long periods of inactivity can be seen and the alarm raised if contact with staff cannot be made.

The same can be said for the end of the day – a quick check will show everything is, or isn’t, safely back in the yard. It also records all of the location, speed and time data, so you can easily look back for invoicing queries, such as times in and out of fields.

Obviously newer tractors have telematics that can provide all of this information, but having it on a single platform, for vans, pickups and tractors, is proving to be very useful.