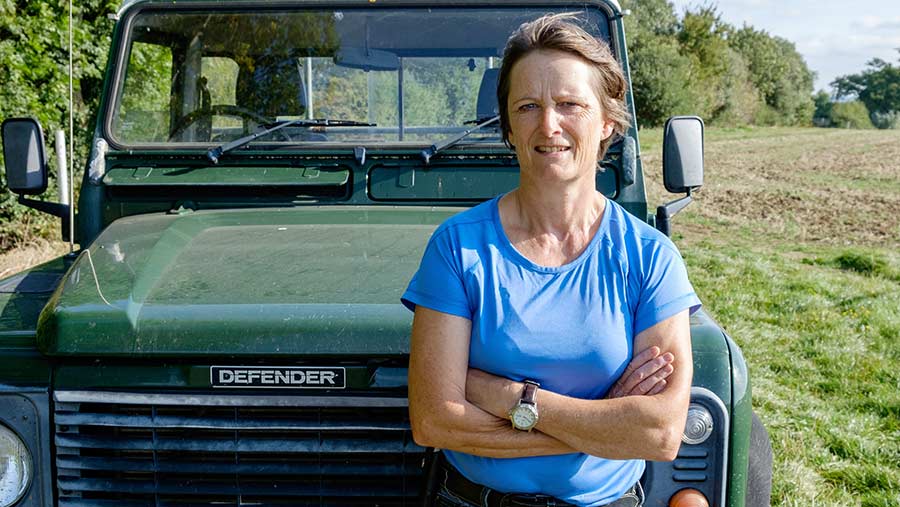 It’s always good to get a few days away from the farm before the frenzy of harvest, and I was really pleased I ventured to Groundswell. What a refreshing event.

To be honest, I have never been a fan of looking at gleaming machinery, and there is certainly very little of that on offer.

I know big tractors excite many of you, but I much prefer hearing about new ideas to overcome challenges in farming.

See also: What to consider when choosing crops to drill this autumn

Frenchman Frederic Thomas for example, who suggested that we get the weeds we deserve.

He says we need multiple strategies including a greater diversity of cropping, cover crops and companion cropping.

We’ve been using cover crops here for some time now and Hew is including more and more species in the mix, it makes sense to include some nitrogen-fixing legumes like vetches and it interests me that the sheep seem to prefer grazing this to the cereals in the mix.

I also had a sobering morning at the local NFU organised Safety Day. We were reminded that many accidents involve somebody trying to save time by doing something stupid.

One of the best things we can do perhaps is to tell the corn cart drivers that it doesn’t matter if the combine has to stop.

I know this will infuriate nearly every combine driver that reads it, but isn’t it better that your trailer arrives safely because the tractor driver has not caused an accident by taking an unnecessary risk?

Another tip was to use high-level lights on grain trailers, because the car following you might see that you’re indicating right, but the cars behind that have no idea. So, I have bought some wireless LED lights that can be magnetically attached high up on our tailboards.

Talking of combine drivers, I have given Hew a sheepdog whistle to try and master for working our new border collie.

He can’t get a note out of it yet, but here’s hoping that if he takes it with him in the cab for a few weeks he will get the commands pitch perfect. I know, I spoil him.