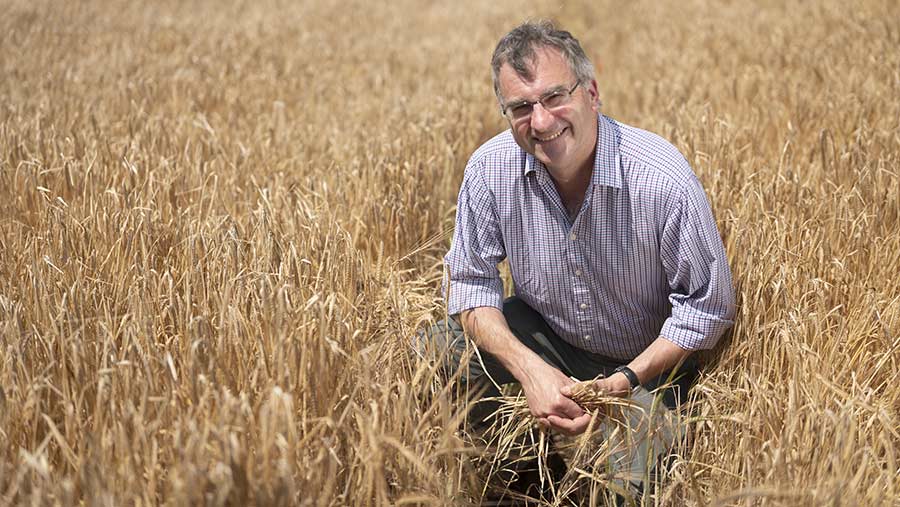 The cereal harvest has continued through to its conclusion. What was always going to be a late one was exacerbated by 200mm of rain primarily during the second half of August.

The early part of September has come good, which means we cut virtually as much corn in September as we did during the rest of the harvesting period. It just goes to prove the old saying that there is always a seed time and a harvest, but you never know quite when.

I’ve not quite got to the point of knowing where our final yields will end up, but it is a reasonable assumption that they will be similar to those experienced by others elsewhere.

While some crops have pleasantly defied our expectations, overall it’s the sort of year that can be defined by the fact that it’s not going to be too hard to find some shed space for the combine.

We may be in Cornwall, but it felt as if we were in Scotland as we chased the combine and baler out of the field to drill oilseed rape. On the plus side, our OSR has gone into some good, warm and moist seed-beds, giving it the best of starts. Time will tell what other challenges for the crop come along.

Early September did seem like one big logistical planning exercise. It is normally the busiest month of the year for us, which we like to try to plan with military precision.

This year proved to be hard work, with the overspill of combining tying up staff normally engaged on cultivations and root crop harvesting. We had a few staffing gaps with students returning to university and their autumn replacements being delayed by late harvests elsewhere.

Luckily we have a good team of friends and neighbours, for which we are very appreciative, willing to step in for a few days to keep the wheels turning.

Now it is a case of harvesting the last of the onions, completing the tail end of daffodil bulb planting, lifting and storing potatoes and drilling cereals. A pleasant Indian summer would be much appreciated.