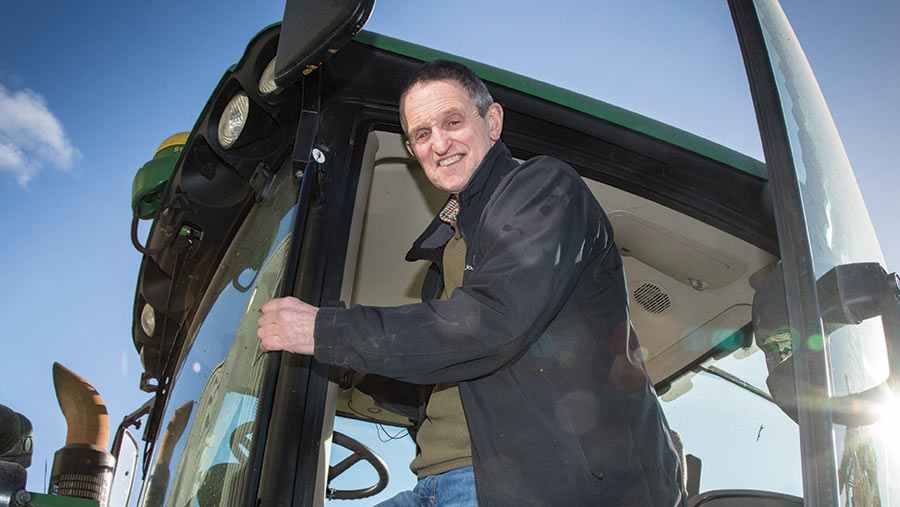 Nature has a way of putting the balance back in place. While it looked as if it would be a below-average year for rainfall, after 110mm in July we have now had less than 10mm below the five-year mean for this time of the year.

I’m not sure if this is at all relevant, but it does put into context all the pre-harvest talk about another 1976.

That was when I was stacking bales into columns of eight at the start of my farming career, on my pre-college farm with TS Inett Ltd.

I learned such a lot about how staff should be treated from John Inett, which I carry with me always.

The jolly green giant has gobbled its way through the winter barley in record time. Then, thanks to the rain, it stuttered through the oilseed rape, and as I write this, with rain sweeping across the yard, we are struggling to get the wheat.

The winter barley is slightly up on average at 8t/ha, with the rapeseed hitting the average of 3.3t/ha. To date we have managed 100ha of Skyfall wheat, all off the gravel areas, at about 17.5% moisture.

Corrected back to 14% moisture the weighbridge gives an average yield of 7.5t/ha. Considering some of it was severely stunted by the cold, dry spring, I suppose it could have been worse.

Between showers, we next grabbed some Illustrious wheat down by the river, which fared better, averaging 8.5t/ha. We still have more wheat, spring oats and barley to cut, then beans to finish.

As the oilseed rape was going into the store, our harvest worker Charlie noticed a lot of seeds on the floor that seemed to be moving.

On closer inspection, it turned out to be hundreds of adult flea beetles all heading for the door. The black army continued to grow in numbers, marching out of the barn and were soon being blown by the wind towards next year’s rape fields.

In the end, a torrential rain storm drowned most of them, but some will have made it and lie in wait for the next crop.