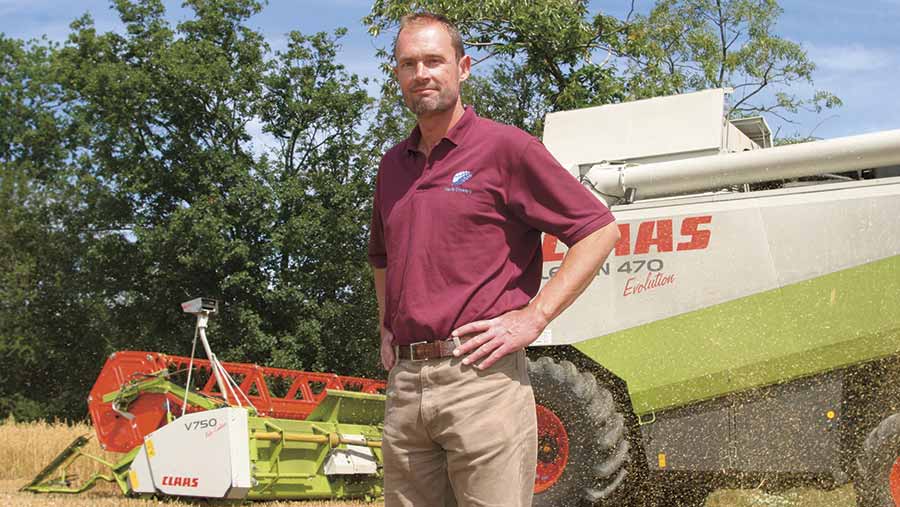 Phew, what a harvest. The badly timed rain has made it a bit of a slog and I’m grateful to the continuing good humour and determination of everyone who’s worked here this summer.

The last to be combined was a field of spring oats on light land that was literally two crops on the same plants after the first one matured early in the dry and the second then grew with the late rain.

Overall for us, all winter cereals and oilseed rape have performed pleasingly while spring-sown cereals on light land, probably unsurprisingly in the very dry conditions, were not so good, although they did do the business as far as blackgrass control was concerned.

In fact it may be that the dark blackgrass cloud has had a small silver lining this year. intake of milling wheat at our local co-operative store usually starts with high Hagberg numbers and then gradually drops down, but this year, the initial level was concerning before surprisingly holding up and rising as crops drilled later due to the weed matured after the early summer precipitation.

Unfortunately, locally, it looks like grain deliveries off farm may fall into issues with unseen sprouted grain and variable protein in milling wheat and pre-germination in malting barley.

Of course, when I hear stories from such areas as Cornwall, it makes my weather moans look a little pathetic.

And so we start again. On the back of better yields and prices, and opportunities in our rotation for a four-year break from it, we have a larger area of oilseed rape, so I am hoping the early reports from north of the Thames about a burgeoning area of serous cabbage stem flea beetle damage do not mean we are sucked into it.

I am continuing my cunning knack of ordering seed early from a previously high yielding variety only for it to show poor trial results over the ensuing weeks.

However, we were pleased with the Elgar this season and will continue to mix it with reasonably priced companion crop seed, plus use a Clearfield variety again where required.