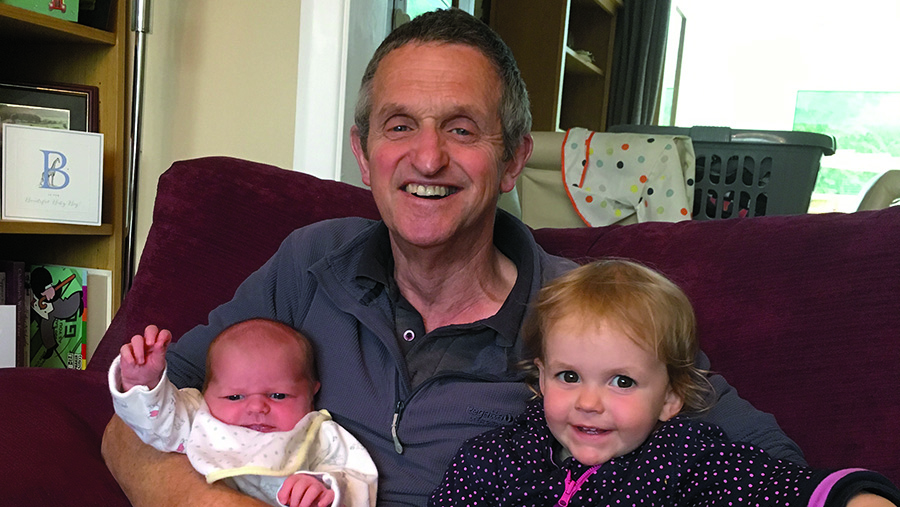 Congratulations to my daughter Rebecca and son-in-law Guy on the birth of Oliver, a baby brother for Jessica.

He made a somewhat late arrival, but weighed in at 8lbs 13oz and both mother and baby are fine, which is what matters most.

So that is two more potential junior members for the Young Farmers Club their mother helps to run, and so the cycle continues.

Meanwhile, on the farm, the warm, showery weather over the Whitsun break has certainly pushed on the spring cereals. Maybe there will be a crop at the end to trundle through with the jolly green giant.

See also: Oilseed rape growers focus on costs and yields for next season

The winter cereals have played hopscotch this year, with sudden, rapid growth spurts followed by inactivity during the cold spells.

They generally look okay, with the exception of a late-sown crop on the clay cap, which was part of an attempt to thwart the blackgrass.

I have come to the conclusion that it would have been much better to have drilled it in late September and then patch-sprayed the blackgrass with glyphosate.

I just can’t get enthusiastic about the winter oilseed rape. Despite reports of a short flowering period, it didn’t materialise here with a yellow colour to the crop for well over a month and even longer in the backward areas hit by pigeon grazing.

Some of the pods seem very small, particularly in these poor areas. Maybe this current pattern of sunshine and rain will help.

I have avoided commenting on Mr Gove’s missive on future agriculture policy. Actually, maybe that should be environmental policy. I did send emails and fill in the survey.

My own view is that it is for the next generation of farmers to shape the policy and not me. Farmers will always care for the environment, but to do so they need to be profitable.