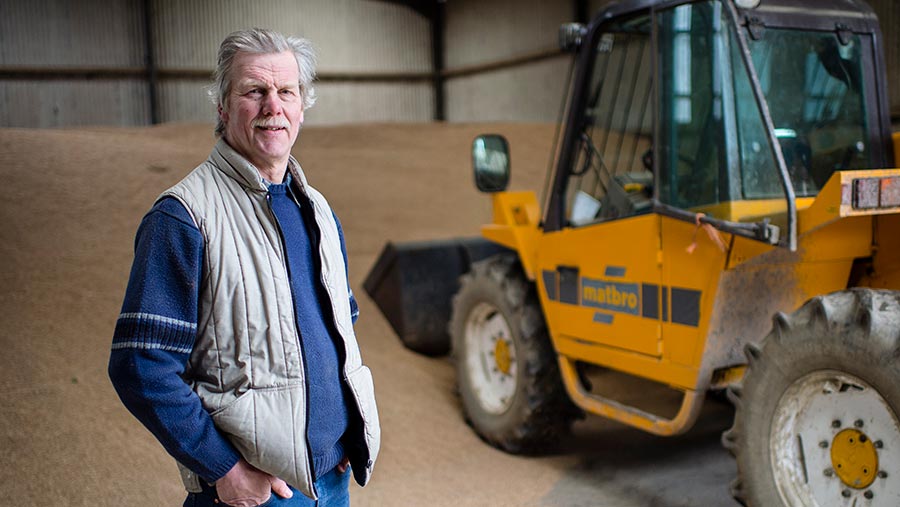 At this time of year “going out” for Sunday lunch to an arable farmer means a ham and tomato sandwich in one hand, combine controls in the other and your knee on the steering wheel while phoning the guy on grain cart to see where he is.

Who said men can’t multitask? But the fact I’ve had time to write this piece means it is raining – again.

That has been the story for the past three weeks with constant showers, sometimes merging into longer periods of heavy rain but then followed by a few hours, or if lucky, a day of brilliant sunshine.

That sums up harvest to date – frustrating and rather disappointing.

Winter barley didn’t perform as well as expected. Six-row Bazooka managed 8.1t/ha but we have done much better in the past.

The only crumb of comfort is I am hearing similar reports from other growers in the area – so it’s not just me.

Oilseed rape followed and I wasn’t expecting much as it was late drilled into one of my poorer fields, which needs some drainage.

Establishment was patchy to say the least but I was pleasantly surprised when it averaged 3.7t/ha. The better parts of the field did well and pulled the average up which goes to show what rapeseed is capable of.

I am now halfway through winter oats which are doing better. Husky has performed well and produced 7.9t/ha but Mascani is lagging behind at 7t/ha. Both have produced nice grain with bushel weights up to 57.5kg/hl. I hope the mill appreciates them and pays accordingly.

As all farmers are born optimists, we are now preparing land for next years crops. OSR seed has arrived and I hope to get it in over the next few days between the showers.

I also plan to try some cover crop to see if I can build some fertility and save on some expensive artificial fertiliser.

Robert Moore farms on the Molenan Estate in Northern Ireland, where his family has farmed for more than 200 years. He switched to arable production in the late 1990s, away from beef and sheep. He still has a small suckler herd on non-suitable arable land.