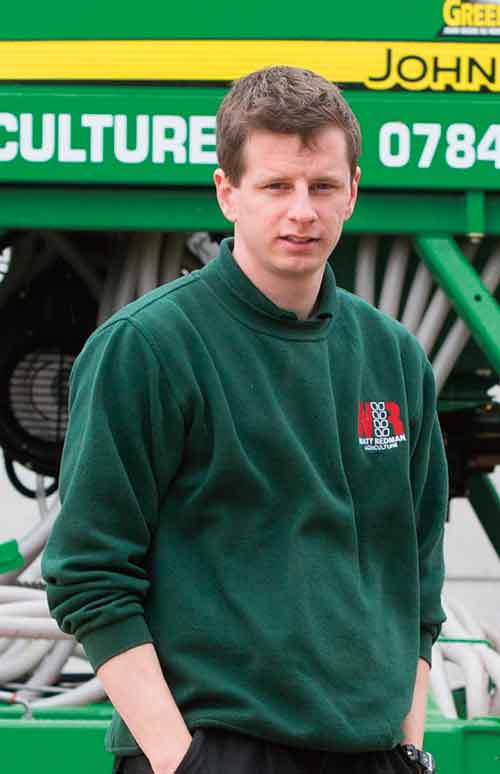 I’m hiding in the office to write this while it’s pouring with rain – and the forecast for the rest of the week is for snow showers and a further drop in temperature. It’s the end of April.

Oilseed rape is looking good and has been very lucky in terms of flea beetle and larvae, with only a few small areas having been affected.

Whether this is down to being able to use a neonicotinoid-treated seed or to luck, I’m not sure.

The slight downside to using the neonic treatment was that it had to be drilled at just over 5kg/ha – which has resulted in the direct-drilled field being far too thick.

Time will tell whether this has an effect on final yield, although it’s impossible to know how using non-treated seed would have compared.

The amount of yellow rust in some Target winter wheat is quite worrying, even after a good T0. The worst fields were quite badly affected over winter. The few frosts later in February seemed to help clean it up before T0 – but obviously not well enough.

Spring drilling, like everything else, has been hampered by the weather and as a result there has been a lot of spring wheat and spring barley drilled in late April.

Soils have still been cold and wet, regardless of whether they have had a cover crop growing or have been cultivated, and careful monitoring for slugs has been required in most situations following the mild winter.

Having some of my own wheat this year, albeit a very small area, I’m enjoying the challenge of doing my own agronomy – fortunately I’m growing Skyfall, and not Target!

Unfortunately, as it’s a small area I can realistically only make one choice, rather than try a few different things but it’s a start. Hopefully it’s something I can do more of in future.

Seasonal staff are proving hard to find again this year, with most candidates failing to read the job description and requirements, which doesn’t start their application off on the best foot.

I’ve reached the point where I’ve got to make the difficult decision about offering a full-time position to ensure I can attract the right quality of candidate.

I’m sure doing so will be a positive step, although a very big one, for my business.