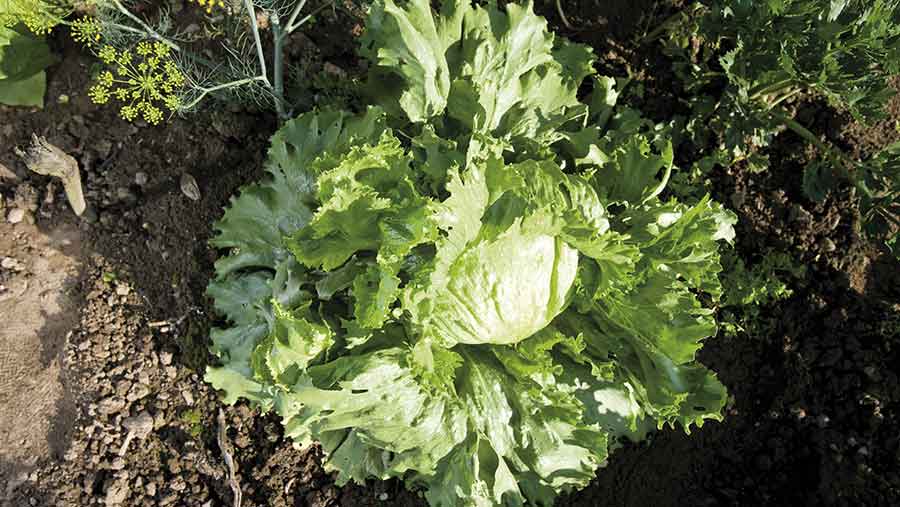 A major salad grower has boosted productivity by using sophisticated techniques to predict customer demand better than the supermarkets.

Cambridgeshire-based G’s Growers is beating the big retailers at their own game by adjusting production schedules and reducing crop waste according to the weather.

“Demand for iceberg lettuce is 24/7 and we overgrow by 30% to make sure we have enough,” explains director John Shropshire.

“Sophisticated monitoring technology has allowed us to identify key growth stages in the lettuce and also to collate data on weather and microclimate.

“We are now able to predict demand better than the retailers and to adjust our production schedules to mitigate against potential shortfalls, reducing waste.”

G’s Growers is one of the UK’s biggest salad producers.

Mr Shropshire says he was introduced to an ecologist at Microsoft by experts at Agri-Tech East – a membership organisation that links farmers with scientists.

Agr-Tech East brings together farmers with technologists and investors to bring fresh thinking and new expertise to the challenges of production and land management.

“Across the UK, the yield and quality of crops varies greatly between farms, but even within an individual field or crop there is quite a lot of scope to improve efficiency,” says Mr Shropshire.

“New technologies will enable us to do that.” Reducing the amount of wastage has released resources so G’s Growers can grow other crops rather than over-producing lettuces.

Called From Grass Roots to Blue Skies, a new report by Agri-Tech East details ways that growers and scientists are working to improve farm productivity.

The document is being launched at the House of Lords on Tuesday (19 September).

Growers are adopting increasingly innovative ways of solving the problems they face as they strive to meet rising demand for food sustainably, says the report.

In the three years since it was started, Agri-Tech East has stimulated a number of initiatives enabling innovative producers to collaborate in new ways with scientists, it adds.

“UK farm output has stagnated for 30 years as technology has allowed us to do more with fewer people,” says Agri-Tech East director Belinda Clarke.

“There is a huge opportunity to look at production and land management from a different perspective and introduce new business models and technologies that will improve productivity.”

The Agri-Tech East approach is to put growers and livestock producers with seemingly intractable problems in contact with people that might have solutions, says Dr Clarke.

“We are concentrating on what works well – perhaps in other industry sectors or geographies – and seeing how it can be applied by some of the UK’s most skilled farmers.”

The key to success is to bring people together and help all parties frame their challenges in a way that others can appreciate, adds Dr Clarke. “Farming is actually a complex business.

“By encouraging people with different perspectives to participate in workshops and networking events as a community, we have been able to identify where innovation is needed.”