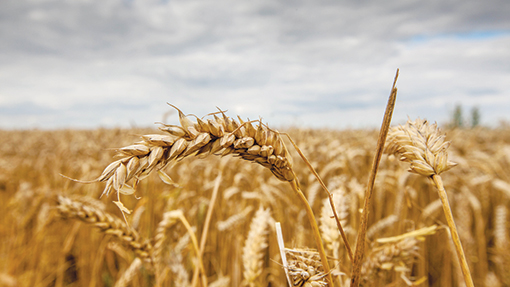 With the world in need of twice as much food in the next 20 years, how can the UK play its part in seriously stepping up crop production? One expert has a few ideas.

There is a book on my desk that provides a good example of just how well – and how hopelessly – we can see into the future. Called Feeding the 50 million, its was published more than 60 years ago by a committee of more than 20 people including a peer, military officers and academics known as the Rural Reconstruction Association.

Their ideas of how UK farming might meet the then huge shortfalls in supplies of wheat, oil, fats and meat, proved wide of the mark. For example, the book refers to:

Increasing wheat yields from 1.05 to 1.25t/acre. How surprised would they have been to see yields still increasing to 2t/acre after 20 years, then 3t/acre after 40 years, and now reaching 5-6t/acre on occasion?

Now, with 64 million people in the UK to feed and rising, and with the rest of the world due to need twice as much food in about 20 years’ time, we have another immediate challenge to engineer a massive hike in food production.

More food must mainly come from more productive crops. So far, the public and commercial monies invested in new cropping technologies have been miniscule compared to the investments of 60 years ago. Therefore, how can we retain any optimism that the new food challenge will be met?

It may seem a waste of time to predict the best changes to make, but it’s worth examining just how progress in cropping can best be achieved because the rules are the same, whether driven by profit motives or public worries. We are convinced that new levels are possible, so how do we get there?

The key is farmers as innovators, or at least people who intimately understand farming. It is too simplistic to suggest that investment in science delivers new innovations for industry. Silage-making technology was around for 100 years before it took effect.

“There will be more irrigation, more pulses and oilseeds and more cropping in the West and North.”
Professor Roger Sylvester-Bradley, Adas

Science creates understanding, but industry must do the detail, and all components of a system must be in place before rapid take-up occurs. Innovations need tailoring to fit into the farming jigsaw, and the jigsaw itself may need to be rejigged.

Look at some of the changes Adas has helped farmers bring about, such as silage in big bales, direct-harvested onions, incorporating straw, timing cereal sprays, scheduling irrigation, managing canopies, identifying midge-resistant wheats, controlling lodging, using floating mulches and replacing feed wheat with triticale. There are obvious lessons from these activities about the nature of innovation in cropping, but there are also some caveats.

Whether on-farm or in the laboratory, effective innovators usually “know farming”. However, we have largely lost the intimacy between farming and science that we had in the past. Initial ideas and discoveries are often rough, and need honing, which needs time and investment.

However, farms now have far fewer staff and make less profit than 60 years ago. It is the case that ideas often come to nothing and failures probably exceed the successes. So if we are to achieve rapid progress, we will need to explore and experiment with lots of ideas. While innovators are often passionate people, willing to go many extra miles to prove their idea, they and their businesses must be able to cope with unexpected shouts of “eureka!”, and then with failure; not easy on modern farms. Innovating can be a haphazard business.

It is also often difficult to capture the commercial benefits of farming innovations.

They often concern a system rather than a “widget”, where the benefits may be big but are often spread across many businesses.

So what might future UK cropping look like and what sort of launch-pad will best get us ahead of competitors abroad?

Thinking 20 or 30 years ahead, it is easy to envisage bigger farms and fewer farmers. There will be more automation, such as sensors in livestock and soils that feed data to farm nerve-centres, driverless tractors and even sky-spy services online. There will be more products on each farm, making larger farms more resilient. The climate will get warmer, with crops similar to those now grown in France, such as sunflowers, grain maize and lucerne. There will be more irrigation, more pulses and oilseeds, reflecting global shortages, and more cropping in the West and North.

Although far from certain, we might also expect to see higher food prices and incomes, and more investment in productivity-driven innovation. There should be more farmer co-operation with stronger marketing groups and more near-farm processing to add value to marginal products such as grass, straw and manures.

It is likely there will also be genetics programmes (sometimes using GM) and chemistry that provides longer-lasting pathogen control.

Given free rein, one can imagine farmers adopting faster-growing species – more rye and triticale, fodder beet and eucalyptus, for example. We may see wider use of chemical and biological stimulants for crop growth and soil processes and more perennials such as fruits, nuts and vines, with associated on-farm processing or feeding.

It’s also not too fanciful to imagine the 19th century canal network being developed into a super-grid of canals to get plenty of water to the East and South.

Anyone can dream, but for UK agriculture to make an impact, we must start by developing the right launch-pad for progress. Perhaps some sort of “flying innovation support service”, energising, encouraging and supporting the innovators wherever they are.

The Adas Yield Enhancement Network (YEN) initiative is just one initial attempt at this. Hopefully there can be others, because the urgency and extent of the 21st century food challenge is daunting. Let’s try to be seen as wiser than the planners of the first rural reconstruction by nurturing and supporting the farming innovators. 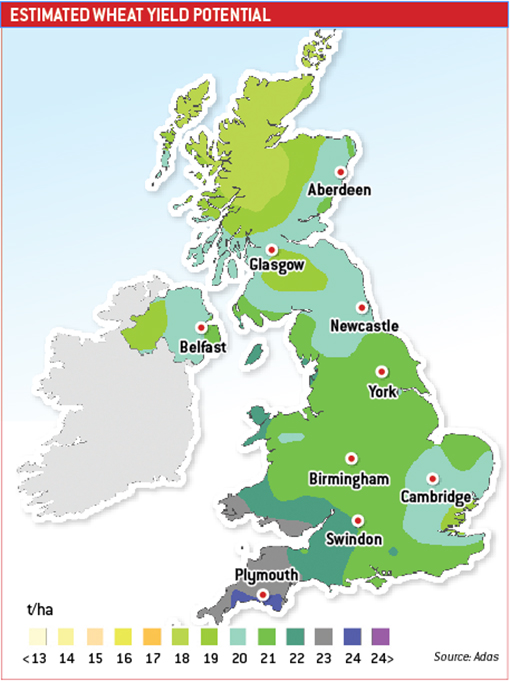