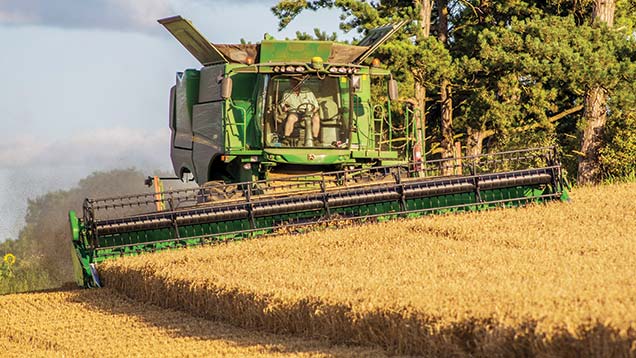 Nidera traders believe that five key catalysts can be identified as those which will influence what UK growers will get for their grain in the months and years ahead.

Why? As volatility has increased in agricultural markets, so too has the desire for speculators to make a profit from it. Investment fund activity brings extra liquidity and opportunities but also adds risk.

Key statistic: Investment fund short (sold) positions on Chicago grain futures markets reached a massive 74,000 contracts at the start of May, prior to weather disruptions.

The style of trading has changed over the past decade with speed of information and decision-making now lightning fast. Investment fund involvement now massively accelerates the speed of market movement and the positions held by funds influence sentiment.

For example, after holding large short (sold) positions, the recent sharp rallies are entirely driven by investment funds buying back those positions in light of perceived unfavourable weather.

Why? UK wheat stocks carried over from the 2014 harvest into the new cereal year are expected to be more than 3m tonnes. With more competition from Europe, the UK will have to be a more aggressive seller into feed markets.

Key statistic: UK exports to North Africa increased 800% this season to 331,000t. With France and Germany well positioned to take this up (crop quality and size permitting), the UK could become a less attractive source of supply.

Despite a lower harvest outlook, the UK looks likely to produce an exportable surplus of more than 2m tonnes in 2015.

With more competition into North Africa, the UK will have to face up to strong Black Sea feed grain exports to avoid stocks building to unsustainable levels.

Why? It is hard to not notice the impact that Russian and Black Sea wheat has had on grain price direction in recent years. World grain trade now relies on an extremely unpredictable producer for much of its supply comfort.

Key statistic: The 2015-16 season will be the third in a row that Russian and Ukraine exports represent more than double the UK’s entire wheat production.

The world relies on this region being able to export and any disruption causes significant price reactions. In the past year rumours of a Russian export ban have been replaced with a tax on wheat exports – who knows what’s next?

While a year of favourable production and strong exports is expected, political interference and possible Rouble devaluation could affect markets severely.

Why? The weather phenomenon known as El Nino is established and is the first weather pattern over the past two years to cause disruption to global grain supply.

We have seen this in the recent hot weather in Europe, the abnormally wet weather in parts of the US and the drought in Canada. The effects of El Nino can be enduring.

The long-term impact of El Nino has made upward price swings a stronger possibility than at any point since the 2014 harvest. Longer-term likely effects of El Nino are lower Australian production from warmer, drier weather in the future.

Australia is a large exporter to China and South Asia and any loss in production could highlight lack of reserves in key exporters at a time when demand is increasing.

Why? Yields produced by these major players are very susceptible to the weather and this can have a very unsettling effect on markets and prices.

Key statistic: Areas of the US corn belt have seen more than 200% of normal rainfall over the past month which has given spring-sown crops a poor start to the season and delayed winter wheat harvests.

Recognising the disruptive effect of low stock levels and erratic production on grain prices, the US has increased stock levels over the past two years.

While these stocks are larger, they are not so vast that the problem has been eradicated.

The US could well remind the world just how important a producer it really is in the years ahead.