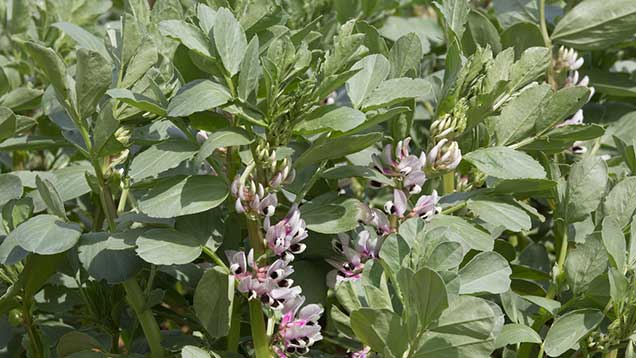 A high-yielding winter bean was the highlight of the five newcomers to the 2016 pulse Recommended Lists for combining peas, spring and winter beans funded by the PGRO pulse levy.

The winter bean variety Bumble is the top yielder at 105 against rivals Tundra at 104% and Wizard at 96%. These latter two dominate the sector with market shares of 15% and 80%, respectively.

Bumble, from Wherry and Sons, has a large seed size and good standing ability.

On the spring bean list, Lynx is the only newcomer, with a yield of 102% which is similar to Fanfare and just behind top yielder Vertigo at 103%.

Lynx, from LS Plant Breeding, has a high 7 resistance rating for downy mildew, which is the best of the pale hilum-type beans used for human consumption, and equal to the old dark hilum tic bean Maris Bead.

In spring peas, Kareni, a white-seeded variety from Senova, joins the list with a joint top yield of 101%, while the large blue variety Kingfisher from Limagrain enters with a yield of 98%, slightly below sector leader Prophet and Bluetooth at 101%.

Finally, in the marrowfats, new variety Aikido from LS Plant Breeding shows the highest yield of its type at 91% against Sakura at 88% and Genki’s 83%, but downy mildew resistance is a little weaker than these two rivals.