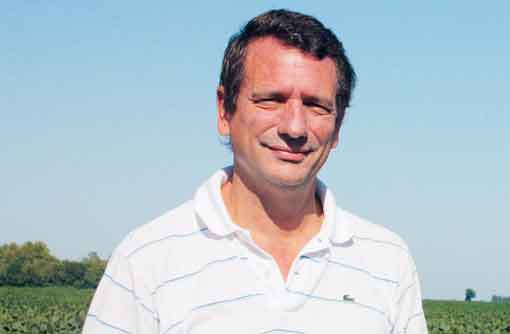 In recent years, flaxleaf fleabane has been a weed problem throughout the region, including some of my fields, due to its rapid spread and resistance to glyphosate.

It was a particular problem in last year’s drought, showing its competitive ability compared with the soyabean crops, reducing crop yields and complicating the harvesting operation.

This weed began to be seen as a problem in Argentinian crops some years ago. But in recent years, it has become more serious with the emergence of glyphosate-resistant strains, and has become a weed very capable of out-competing soya in certain environments, or in dry years.

In November last year, I had crops with a weed height of 25cm and the 3 litres/ha of glyphosate I applied in good conditions was far from 100% effective.

At the time of harvest, in addition to decreased yields, the green leaf material hampered combine operation and had an impact on grain quality, as it is impossible to separate the seed. Furthermore, it cuts down work rates, causes combine blockages and breakdowns of the cutter bar.

To combat the weed, we need to control it prior to drilling, when the plant is at the more vulnerable rosette stage. Combining glyphosate with hormonal products such as 2,4-D work well. Another effective alternative when the weather is expected to be wet in the winter is to apply a sulfonylurea or triazine.

As always here in Argentina, actions that could prevent future problems with resistance in this weed and others consists of employing a mixture of active ingredients, their alternation, use of a good crop rotation (such as the introduction of winter wheat crops) or a return to ploughing and trying to prevent the establishment and germination of flaxleaf fleabane. The next generation of herbicide-tolerant GMs will also help to lessen the reliance on the glyphosate-tolerance gene.